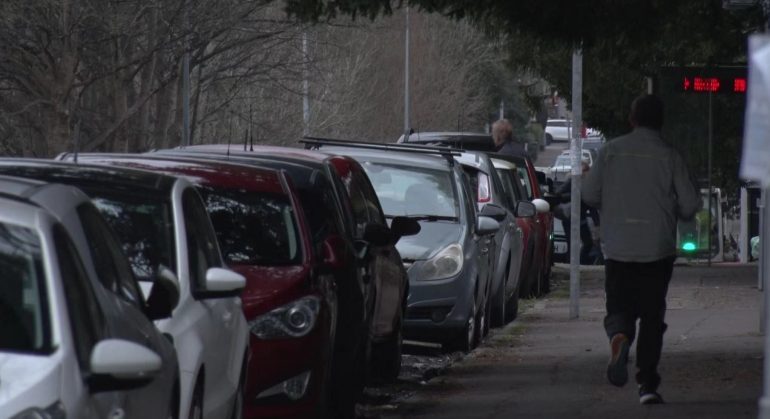 The parking spaces on Allensbank Road will be replaced by the new cycle lane. Nearly 200 residents have signed a petition against the plans.

Cardiff Council is going to build a new cycle lane on the side of Allensbank Road, next to Cathays cemetery.

The plans will lead to the loss of 70 parking spaces. This raised concerns among residents, hospital staff, business owners there.

Resident Brandon Bell says it will be inconvenient for them to park.

“It will be safely bicycling, but we usually drive so having a bike lane will make it a lot harder for us to find a parking spot.

“In the area, there are a lot of hospital workers, people work at different stores who also park along the street, so taking away 70 parking spots won’t leave much room at all for us.”

Cardiff Council is trying to provide a safer cycling environment. But Cardiff News Plus heard from the cyclists that the current cycle lane doesn’t keep anyone safe and are very rarely used by cyclists.

Cyclists Evie Lane says there could be a cycle lane in a better place.

“They spend so much money on the cycle lanes, and if it’s going to make it hard for people to park it’s not really going to help as many people.

“A lot of time they just park on the cycle lane anyway. And an off-road cycle path is a lot better than a cycle lane.”

Work on the cycle lane was originally scheduled to start in February or March of this year but now is more likely to start in June or July.