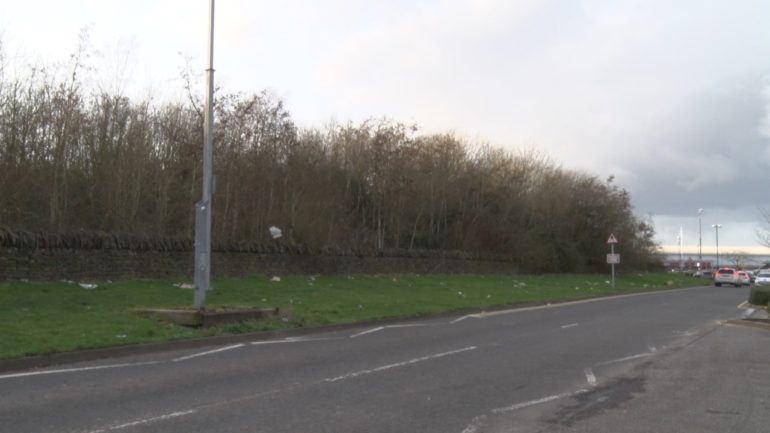 Grass verges opposite to the Cardiff Bay Retail Park are covered by litter. Much of it comes from customers buying fast food. Environment campaigners hope for more support from nearby businesses.

Cardiff Bay Retail Park is currently home to many businesses, including coffee shops and fast food restaurants. It has been one of the busiest places in Cardiff. But this caused serious litter problems. The grass verges opposite it are covered with litter. A lot of coffee cups and food packages left around and thrown away by customers.

Grangemoor Park, which located over the road to Cardiff Bay Retail Park, is deeply affected by this problem. Especially after recent high winds, a lot of litter was blown into the Grangemoor park. Keep Grangetown Tidy, a local environmental group can often pick up cups and cans discarded by customers during litterpick activities.

Fiona McAllister, the organizer of Keep Grangetown Tidy says they hope to receive more supports from nearby businesses.

“Some of the businesses could do more to promote messages about not littering to their customers. If they talk to customers more and do more promotions about anti-littering. Maybe have messages on cups or have posters in stores. That would help.”

Anthony Jones, a local resident says problems like fly-tipping and over-flowing bins are becoming a normal thing in Cardiff. When it comes to the solution, he says: “It would be a great solution to the problem if the council put certain people in certain areas and give them that area to clean.”

Ashley Lister, councillor for Grangetown says the council is working with Keep Grangetown Tidy and Grangetown Community Action to deal with fly-tipping and other litter problems. Apart from this, he thinks individual behaviours are also important towards anti-littering. So the council started a sticker campaign to notify people not to litter.