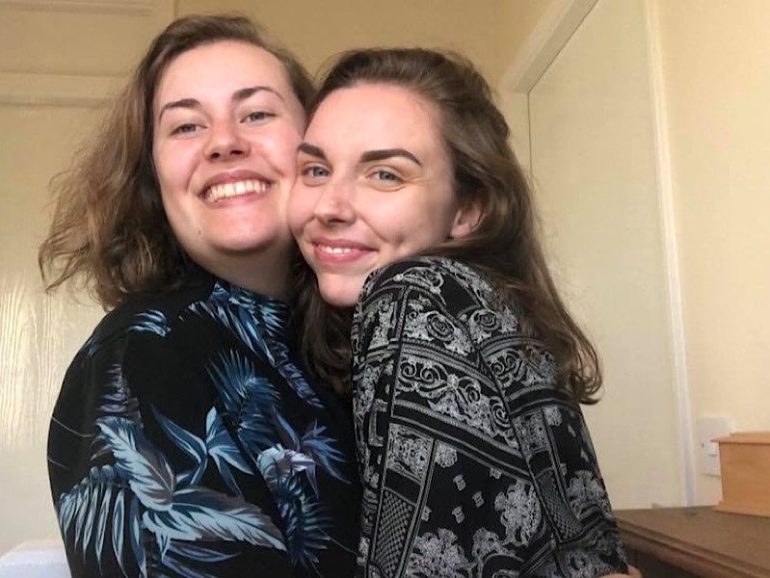 Recent years have seen an explosion in public understanding of alternate gender identities from a multitude of media coverage when Sam Smith said they were non-binary to the BBC’s list of 100+ genders that caused a stir when it was introduced to children in a short educational film. This week, London Mayor Sadiq Khan tweeted his support for all gender identities in light of LGBT History Month.

Chlo Hewitt and Soph Storey, two 20-year old second year Psychology students at the University of Sunderland talk to Herkind about their relationship and the changing labels they have used as time goes on.

How long have you been together?

It will be coming up to six years this September. We have been together since 28th September 2014.

How did you meet?

Twitter was the first time we ever spoke, and it progressed from there until we met in person on 26th June 2015.

How did you identify to begin with?

C: I identified as gay but used the word lesbian a lot as I felt a closer connection to it, especially as it was my first ever relationship with a girl. I also identified as a cis-female although I was particularly androgynous.

S: I identified as cis-female despite not being feminine and a lesbian.

Who are you out to and what was coming out like? What were your family and friends’ reactions?

C: I am out to everyone now and I tend to out myself a lot in public too as I don’t care what people think of me anymore. Although when I first did come out as gay it was absolutely terrifying and was scared everyone would abandon me especially my mum and dad. It was scary coming out, but everyone took it really well as they knew I was with Soph. My mum was a bit distant with me the first couple of months and she did not really expect me to be in a relationship with a girl at the time, but after she got to grips with it she was fine.

S: I am out to everyone and will tell most people that I have a girlfriend as I am proud of who I am. I first came out to friends as I felt comfortable with them knowing how I identified. I then came out to my mam which was scary, but she immediately accepted me. Due to not being as close to my dad I asked her to come out to him for me, which she did. He was iffy at first and thought that it was a phase, however, he fully accepts me now. All of my family now know.

How has your sexuality changed over time? Did you encounter any particularly negative or positive reactions?

C: My sexuality and gender has changed a lot over the past five years, but I think that’s understandable as when you grow older you realise more things about yourself and start to question everything. I have thought about my sexuality and gender a lot and still, to this day, have a crisis when someone asks me how I identify. So, I would say my sexuality is very fluid and it changes from day to day – sometimes I find guys more attractive one day, women the next day or some days I even feel an even split. If anyone asked me to put a label to my sexuality, however, I would say pansexual. I feel this is the same with my gender too – it is completely fluid and most of the time I do not feel assigned to any gender. So, I feel as though identifying as non-binary fits with me the best. Coming out a second time, I did not encounter any negative reactions from anyone about my sexuality, and everyone was hugely supportive. My gender, however, is a different story as I have never spoken to any immediate family about my gender identity.

S: I firstly identified as a lesbian, but due to not being connected with being a girl, I now identify with gay or queer as they are more umbrella terms. I haven’t felt the need to come out with this change as it is small, and I have always used the term ‘gay’. I also now identify as gender ambivalent, which means I don’t identify with any specific gender, but I also don’t feel genderless, therefore non-binary does not suit me. My friends immediately accepted this; however, I have not told my family as I feel like they would not fully understand, plus I don’t really mind being referred to as ‘she’.

What prompted you to come out as non-binary? Has this changed the way you label your sexuality?

C: I have had multiple gender crises throughout my life and the last one I had; I experienced the worst type of gender dysphoria I had ever felt. I knew I couldn’t keep this a secret from any of my friends anymore or even Soph as we had never really spoken about our gender identities to each other before. I don’t feel coming out as non-binary changed the way I label my sexuality though as I identified as pansexual way before I came out as non-binary. I feel both labels fit me well now.

S: I always felt a disconnect between my biological gender and the person I expressed myself as, especially due to my dislike of female clothing. I also began to experience dysphoria from when puberty began, disliking certain aspects of my body which could be referred to as ‘female’. With time, I finally understood that I just didn’t fit with any gender at all and this is why I came out. It has changed the way I label my sexuality as I no longer feel like a girl, and my partner no longer identifies as a girl, so the words gay and queer are definitely more suitable for our relationship.

What is your reaction if people refer to you as a lesbian couple?

C: I haven’t in a long time ever identified as a lesbian as the word to describe myself gives me massive dysphoria. I do not identify our relationship as ‘a lesbian couple’ as being pansexual erases that aspect of my sexuality and being non-binary erases that aspect of my gender identity as well. There is also that whole debate surrounding bisexual lesbians which is a load of rubbish if you ask me. You are either bisexual or a lesbian – you literally cannot be both.

S: I wouldn’t call ourselves a lesbian couple as neither of us refer to ourselves as lesbians, though if someone referred to us this way I wouldn’t be completely against it. I think a gay couple is the best way to describe us, as we are both a part of the gay community.

What has been the most difficult part of your journey with your sexuality?

C: I think coming to terms with myself and how I fully identify. It has caused me a lot of upset and distress that I did not ever think I would experience.

S: I would say struggling with a label for my gender. Gender ambivalent still doesn’t fully sound right, though I don’t think any term will be perfect. I like to say that I’m just Soph – no labels are needed with that.

C: I would say be one-hundred percent authentically you and never be afraid to come out if you absolutely wish to. There is support everywhere which you can always go to for help if you are really struggling. There are local LGBT centres, doctors, school counsellors, university support memos, etc.

S: I would say trust those around you – especially your friends. It is also especially helpful to go online and find others like you. There are massive queer communities online, and if you are in any specific fandom then you will definitely find a queer base within that. Be careful and be safe, but most importantly, love yourself.

How it feels to be an LGBTQ+ ally

To my younger self, I would say a few things:

Herkind is a safe space for young LGBTQ+ womxn to explore and enjoy their identity – otherwise known as your big sis’. 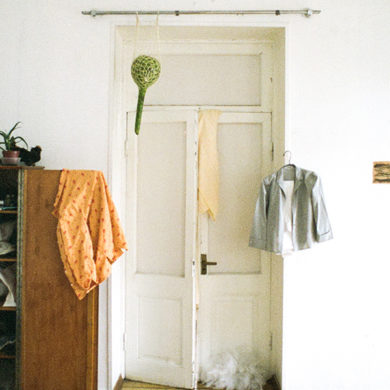 Complexity of queerness and conservative ties