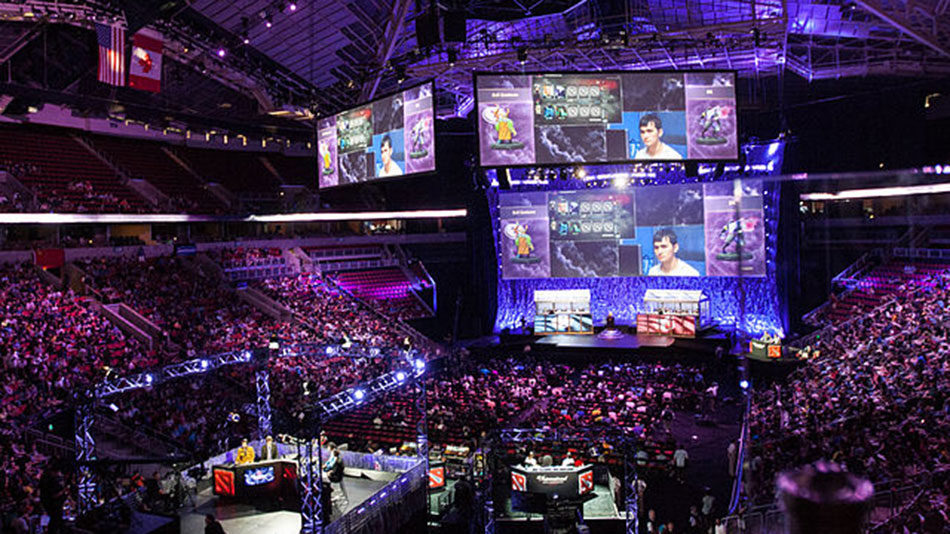 Online gaming has seen a surge in engagement during lockdown but just how important has it been for people struggling with isolation and mental health issues?

“I’ve heard [gamers be told] ‘there are such better things you can do with your time’ or ‘you have no life’,” says a player with the screen name Zamorak Soul. “I have a 4th degree black belt in martial arts, a perfect 4.0 GPA and I’ve been working my dream job already since 19 years old.

According to a 2014 study at University College in London, there is a correlation between the number of hours spent playing games per week and overall recovery from work related stress that day.

“If enough of the outstanding gamers can show how gaming has given them better social skills, learned things like economics or time management and how games stand as a major stress reliever, people might not have such a bad outlook on gaming,” says Soul.

Jagex, the company responsible for both Runescape, and its legacy version Old School Runescape,  has seen a 56.5% rise in daily players over the last two months, with this growth in active players being forecast to continue rising in the next few weeks.

As well as this, Xbox Game Pass, a service which gives users access to over 100 Xbox and PC games for a monthly fee, has recently reached 10 million subscriptions. There has also been a 30% rise in multiplayer gaming over Xbox Live, its online service, in recent weeks.

Some people are OK stuck at home all day, with this being a common trend among gamers. However, others may be having a hard time coping with the feeling of being stuck, and the anxiety and uncertainty of the pandemic, says Luis Armando, a Clinical Psychologist.

“People are dealing with a lot of change: their jobs, their health, family life, schooling, everything is on the line, and any mental health issues that need attention such as anxiety and depression can really come out during times like these

“I think gaming is a great way to deal with some of the issues.” I really think people should do whatever makes them feel safe, and gaming can be a safe, familiar thing to do.”

Marcus Syvertsen, a Podcast Producer and Photographer from Sweden says that for him, gaming offers brain stimuli when days are long and uninteresting, as well as social stimuli and constant chat with other people. The main benefit of gaming, he says, is that its something to do when options are limited.

“I think gaming and streaming services are an extremely vital part of a solitary lifestyle for our generation that have grown up with and been moulded by constant stimuli. As much as I’m sure people can do whatever they want to pass the time, for me its this,” says Syvertsen.

While many gamers find these are of great help during this unprecedented crisis, gaming companies themselves have also taken to offering what further support they can.

Phil Mansell, the CEO of Jagex stated that last year they raised more that £250,000 to help their three mental health charity partners-CPSL Mind, the Prince’s Trust and You Are RAD.

“Jagex Will donate a further £100,000 to its mental health charity partners. This is on top of our already scheduled Runescape Mental Health Awareness Week charity time-limited event”.

On 29 April they also teamed up with Ukie for #GamersForCarers, offering three months of in-game membership of both versions of the game for free to NHS workers.

With Jagex has taken these steps to aid those with suffering during the lockdown, does the player base think they are doing enough to help during this pandemic?

“For me personally, Jagex has helped a tonne with releasing new content and keeping new players on the edge of their seats looking forward to something new and exciting,” says Tyler, an Electrical Distribution Technician from the United States.

Twana, a part 1 architect and barber, agrees with this sentiment by saying he thinks Jagex’s constant updates have been enough to occupy players.

“The Double XP event to encourage people to more game time is controversial but, in my opinion, brilliant. I wish more streaming or entertainment services would try as best they could to make this situation bearable for everyone,” says Syvertsen.

However, he also argues that the release of Runescape’s new skill during the lockdown “was just a lucky break for both them and us, giving us tons of hours to waste at exactly the right time.”

Jagex, as well as Activision, the publisher of the Call of Duty games franchise are both part of the #PlayApartTogether campaign which aims to incorporate COVID-19 self-protection messages into their games.

Call of Duty throughout the COVID-19 pandemic have hosted events like Double XP as well as releasing its Battle Royale mode for its most recent title which hit 25 million players in its first week.

The player base of its most recent title has over doubled in recent months, from 18.84m players on 3 March to 46.35m as of 5 May, on the PlayStation 4 platform alone.

They have also released a remastered campaign for Call of Duty: Modern Warfare 2, one of its most well-known titles, on March 31 for PlayStation 4 and on April 30 for Xbox One and PC.

As well as this, some players still think they could be doing more to directly try to help stop the spread of the Coronavirus.

Marko suggests that Call of Duty could make a gathering pot for the coronavirus.  “It doesn’t take that much money. Some companies have donated a billion dollars, they have hundreds of that but 10 million they could’ve done.”

A player who goes by the screen name Orangez9 says that he’s not sure what the Call of Duty developers are doing and thinks that Call of Duty should have more online events like Double XP and community events as well as more limited-time game modes.

In the case of Halo, Double XP was active from the outbreak of the Coronavirus until April 29, and Halo: the Master Chief Collection experienced a 190% rise in its player counts when the lockdown started. It has since fallen to around 60% more daily players on average than before the lockdown started.

As well as this, Xbox Game Studios are also taking part in #GamesforCarers, offering NHS staff free games during the pandemic.

Marko, an American student notes that Bill Gates, who owns Microsoft which is responsible for Halo, donated $100 million via the Bill & Melinda Gates Foundation to help fight COVID-19 . “I think Bill Gates is doing his job he donated like 50 million to helping Coronavirus which I respect him a lot for.”

Cadmo Melo, a Brazilian student, suggests that while playing video games is fun and makes him feel better, knowing he is playing games instead of doing something more productive has the danger of making him more depressed.

While many gamers find gaming helpful during the lockdown, many also feel that the stigma around gaming also limits it’s ability to help them cope.

“I hate it when people think games are making people violent even though it doesn’t,” says Dustin, who works at a cinema desk.

“I do think that non-gamers get caught up in saying that gaming is an addiction or gaming incites violence, creating a stigma in their minds about what exactly a “gamer” and “gaming” is. In reality, gaming is a medium or a pastime just like any other,” says Armando.

Melo suggests that people can potentially alienate themselves with their beliefs before trying something out. He doesn’t think the gaming industry has anything to prove to anyone as it is already a successful artform as it is.

Twana says that it’s a bit presumptuous to assume that games are for kids, especially nowadays where its hard to categorise gaming as a whole. Its become a world renowned industry with global tournaments and given people the potential to earn substantial amounts of money.

“Respect comes with time, gaming is a form of art and I think it should be getting the same respect as the film industry, because games have evolved; conceptually and graphically.”

“My mother complains and argues with me about playing too much almost every day because she thinks that I am wasting time doing absolutely nothing. However, she doesn’t understand that when I play the game, I’m not playing it to waste time or to simply have fun,” says Tyler.

“I play games because it helps me cope with stress and helps me keep my mind active. Many of the games that I play involve intense calculations, test my reflexes/ hand eye coordination and help keep my brain stimulated in a positive way.”