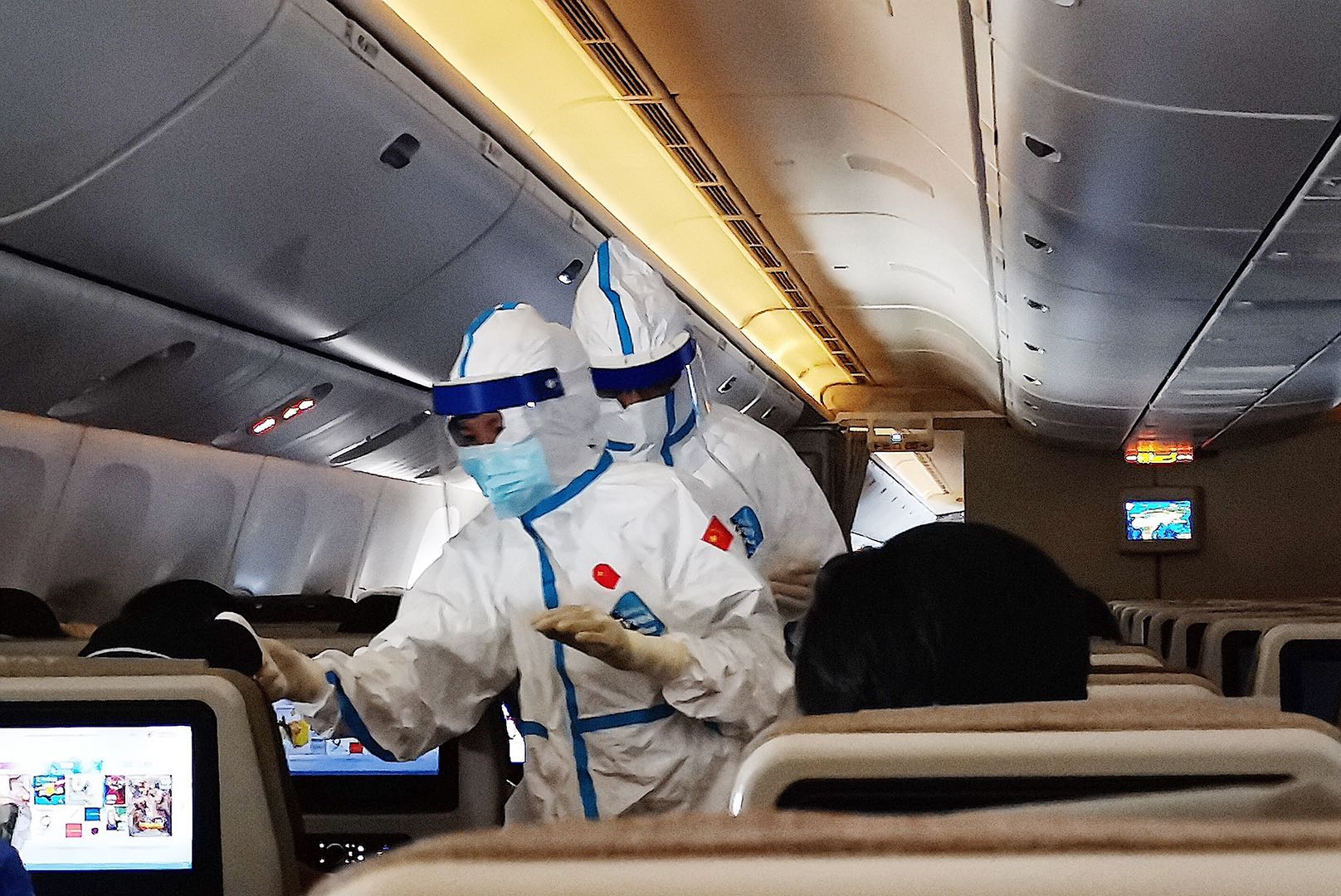 What impact did Covid-19 have on the staffs of China Civil Aviation?

Due to the outbreak of the Covid-19, China’s civil aviation industry has suffered a shock, which has caused a huge impact on countless aviation staffs.

Xiaowei Lin, a flight attendant, resigned from China Southern in late February, the peaking time of Covid-19 in China. Although she had thought about quitting before, the outbreak was a major factor in her decision.

“At the beginning of the epidemic, I was under great psychological pressure when I was working every day because I spend hours every day in a confined space with people from all over the country and world, and we were only protected by a thin surgical mask,” Xiaowei said.

“For more than two weeks we worked with little or no protection. It was the most dangerous moment of my life, and it scared me,” Xiaowei is one of the earliest people to resign and she did not have another job lined up when she quit.

Shortly after that, the Chinese government announced a total suspension of flights in and out of Hubei Province, and 90% of the country’s flights were suspended, according to Hexun.com. China’s society has been completely shut down, and people have put all their focus on the prevention and control of the epidemic. Airline workers no longer have to work in high-risk environments.

In general, employees in state-owned enterprises like China Southen will not be dismissed as long as they do not commit serious mistakes, such as crimes, Even in the situation that airlines are losing nearly 100 million CNY a day. Not only that, but they also can get a basic salary in addition to five insurance and one fund, including endowment insurance, medical insurance, unemployment insurance, industrial injury insurance, maternity insurance and housing provident fund. Hence, more people choose to stay.

Therefore, even though some people made the same choice as Xiaowei, more people still choose to continue to work. for those people who choose to stay, they are also facing huge difficulties.

However, flight attendants’ salaries are calculated based on the number of hours they fly. The sharp decline in the number of flights has left their salaries unable to cover high living expenses. The economic pressure is taking their breath away.

“We got a basic salary that month, except for five insurance and one fund, I only got 500 CNY,” It was not enough to support Yue living in Shenzhen.

“I was thinking about changing my job every day. Then, I started the side business, recommending cosmetics to people by sharing links. If someone clicks links, I will make money. A lot of people in our company are doing it. But it can not earn a lot of money, maybe a thousand Yuan a month,” said Yue.

At the same time, China Southern offers benefits to employees who have flown for less than eight years — they only need to pay 100 CNY a month to live in the company’s dormitory. It greatly relieved Yue’s pressure.

Han Geng, a colleague of Yue, thinks differently. “I think it is okay. I spend more time at home rather than work outside. I have time to do things I do not usually have time to do, so my life slows down. I enjoy the period,” Han saves half of his salary every month, and he has enough savings to tide him over.

“I am ready to live like this, maybe for a year or two, I think it is great. you do not need to make a lot of money but live like a bird,” Han said.

In the month following the Chinese New Year holiday, the number of cases in some areas gradually dropped to zero. As the situation has improved, Chinese society has gradually started to return to work and production.

As of March 28, the average operating rate of China’s listed enterprises had reached 98.6%, and the average rate of employees returning to their posts had reached 89.9%, according to the Chinese Government website. Airlines are gradually resuming some flights as well.

“The situation has been a little better in the past few months. After deducting five insurance and one fund, my salary is almost 3,000 CNY,” Yue’s income is already much better than it was in the worst month of the epidemic. But compared with before the outbreak, this is a drop in the ocean.

“We used to take ten days off a month, and the rest of the time I ate on the plane. I only need about one thousand yuan a month to live on. Now all my salary is used to pay my living expenses. I have no money left at all,” Yue said.

After Hubei province was unblocked, China Southern began to gradually resume Hubei routes. “Our policy now is that as long as you fly Wuhan routes, you will be arranged to fly to Wuhan for three consecutive days. After three days, the aircrew will go to a designated hotel and be quarantined and observed,” according to Yue.

For employees who are married and have children, working on the plane to Hubei makes them worried. They are afraid of putting their children and family at risk. But Yue, who is unmarried, is not repulsive.

“We are quite willing to fly. One is that the outbreak in Wuhan is no longer dangerous. The other is that during the quarantine, there is a subsidy with 400 CNY a day. You just stay in a hotel, watching TV or do something else,” said Yue.

Unlike in the first month of the outbreak, flight attendants now will take precautions when they fly. Especially when flying Wuhan routes they will wear protective clothing. Although it means that they have to wear adult diapers and can not go to the bathroom. But Yue and her colleagues are relieved for their safety. The only thing that makes them stressful is the company’s unusually high demands on them.

“We are flying really hard recently, not how hard it was to serve the passengers, but the company’s daily perverted tests. They may think that because we fly less often, we would forget some precautions and do not know how to deal with special situations. But privately, we feel that they are forcing us to resign,

“It feels like if you think you can not stand it, just quit it. The company can not afford to hire you. But many people are afraid to quit at this difficult situation, you have to endure,” Yue said.

In the past quarter, China’s civil aviation industry was affected significantly by the Covid-19. The industry suffered a total loss of 39.82 billion CNY in the first quarter, with airlines losing 33.62 billion CNY. The spokesman for the civil aviation administration of China and director of the aviation safety office, Jie Xiong, said at a press conference.

A staff of the Marketing Department of Air China argued that the domestic market may start to recover gradually in June. The international market will be later than the domestic market, maybe after August at least, which will depend on the overall control of the epidemic of the world.

“The main reason is that coronavirus is more infectious, causing a global pandemic. Second, the scale of China’s civil aviation industry has grown. Third, due to Covid-19, the global GDP growth is likely to be negative,” Civil aviation industry insiders, Zhijie Lin, pointed out, “If the epidemic continues for a few months, the airline company which is short of money may not be able to operate.”

China’s civil aviation industry is facing great challenges and people’s fate is also changing. “I will get married at the end of this year and then move out of my parents’ house, which means my life will be more stressful. If I had a better chance, I will definitely change my job,” said Yue.