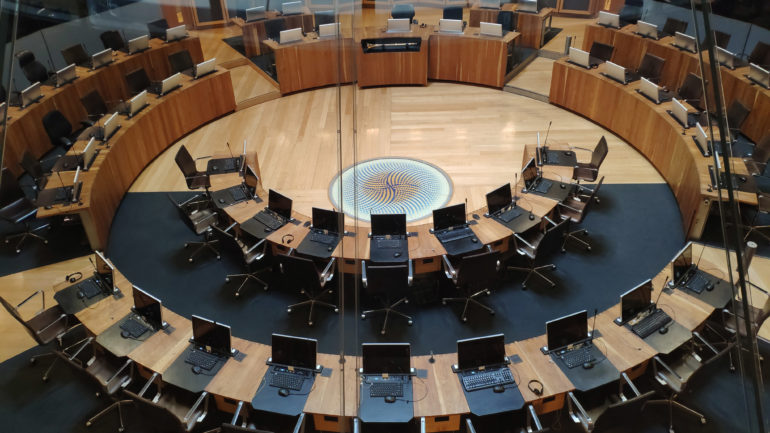 According to a survey conducted by YouGov, about 24% of people in Wales would vote to scrap the Welsh Assembly.

People who wish to get rid of the Welsh Assembly may win seats at the 2021 election. According to a survey conducted by YouGov recently, about 24% of those taken part would vote yes to ‘Should Wales abolish the National Assembly for Wales?’

The Welsh Assembly was created by the Government of Wales Act 1998, following the result of 1997 Wales Referendum. But the Abolish Welsh Assembly Party, which was set up in 2015, has been campaigning to shut it down. It responded to the news by saying ‘ The media can no longer afford to ignore us.’

Lee Canning, Head of Political Operations of the party says the vote in 1997 did not represent Welsh people properly:

‘For years, our messages have been muted on media…Through communities in Wales, we have huge resentment for Cardiff Bay: The Senedd, The (Welsh) Assembly, The Welsh Government for years. We have to remember that devolution actually only passed back in the 90s with 25 percent of the population of Wales voting for.’

In an article published on Nation Cymru, a Welsh Government supported website, Editor Ifan Morgan Jones says ‘it is important not to over-react to this poll’, and claims ‘support for the Senedd was highest among the youngest age group’. Here he refers to the statistics that only 18% of those aged 16-24 would abolish the Welsh Assembly.

Neil McEvoy AM, leader of the Welsh National Party, has distanced himself from the Abolish The Welsh Assembly Party. He has tweeted to say he is a ‘proud Welshman who wants a sovereign Wales’ but has no intention to abolish the Welsh Assembly.

I’ve got a few people from the Abolish the Assembly party retweeting me atm. I want to make it clear to them that on our absolute core aims we fundamentally disagree. When I scrutinise the Welsh Government it’s because we need to improve it, not abolish it.

He also told Cardiff News Plus that it does not make much sense to abolish the Welsh Assembly, as there could be another party to ‘abolish Westminster’ as well.

Following a public consultation, The Welsh Assembly will change its name to Welsh Parliament on 6 May 2020. The next Welsh Election will take place in May 2021.