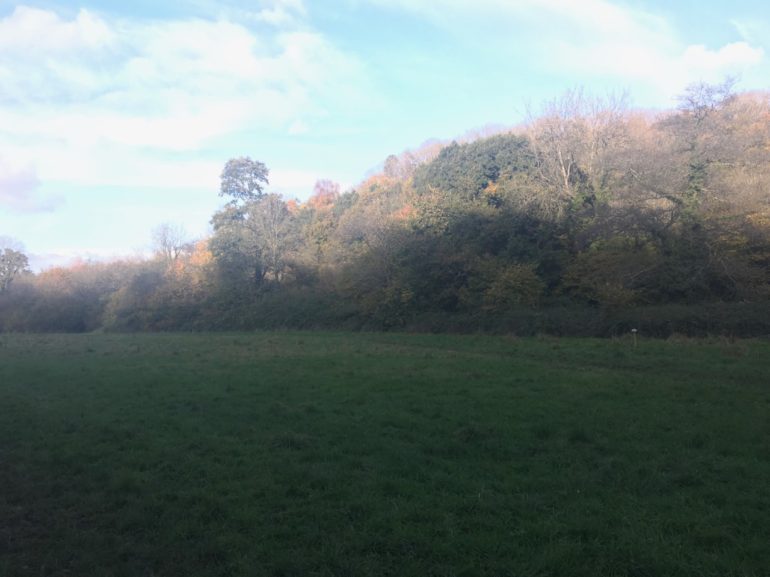 Campaigners in the village of Dinas Powys in the Vale of Glamorgan say they will fight a proposal which could see an area of ancient woodland removed in order to build a dam. Natural Resources Wales (NRW) says the dam would protect more than one hundred and ninety houses at risk of flooding. But founder of Save Dinas Powys Woods & Protect Homes From Flooding, Paul Keepings, says the woods are too ecologically important.

Paul first moved to Cardiff in 1985 and has lived close to Dinas Powys woods for 12 years. Initially drawn to the area by the serenity and wildness of the woods, Paul now describes the woods as his spiritual home and has fond memories of raising his children in close proximity to the woods, as well as bringing his two dogs Bert and Ernie to Cwm George for their daily walks.

“Many residents consider the woods to be their spiritual home and don’t want to see them become a managed concrete site,” says Paul

NRW is discussing several possibilities to mitigate flooding in Cadoxton Brook, close to the village of Dinas Powys. One of these plans would involve the construction of a 350 sq m dam that would see 2000 sq m of trees felled, 350 sq m of which is classified as ancient woodland. The campaign group says these plans would conflict with Welsh Government policies on the preservation of ancient woodland.

But NRW have found that more than 190 houses are at risk of flooding and a dam would prevent dangerous flood events. In a statement NRW said they want to work with the community being affected and give them a say in the decisions being made. Paul Keepings says: “The campaign group treats the preservation of the woods and the protection of homes from flooding with equal importance; many of our members live in flood risk areas but believe there is a way to protect homes without destroying the natural areas they love.”

Paul believes there are ways of utilising natural flood management such as removing river obstructions, planting trees and inputting “Leaky dams” which use natural materials to slow river flow.

Paul says the campaign group want NRW to take into account the opinions of local people and want a proper exploration of alternative options. The Woodland Trust own the land in question and manage it as a Natural Resource, Paul says there is real opportunity for NRW and the Woodland Trust to work together to both save the woods and protect houses from flooding.