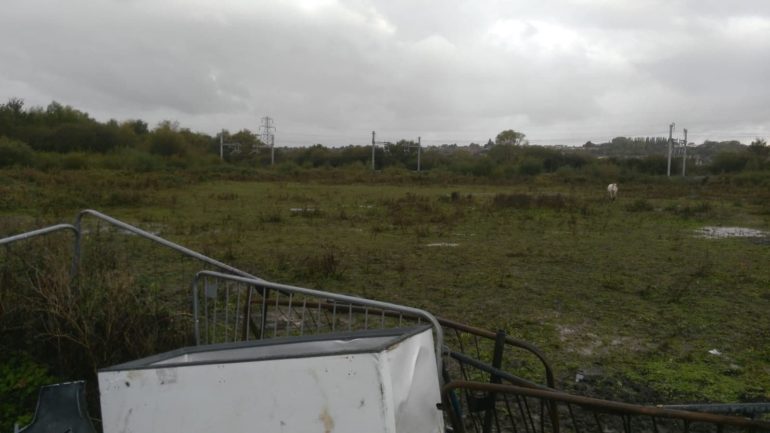 Residents in Wentloog, Cardiff are opposing a proposed incinerator to be built by the company Môr Harfen.

In August 2019, the company announced plans to built the incinerator in Newlands Road.

The project is at the consultation stage and if the company receives approval from the Welsh Government, the incinerator could be running by 2021.

The proposed £150 million facility will burn up to 200,000 tonnes of pre-treated commercial and industrial waste from landfill every year and it will generate 15 MWe of electricity that could power up to 30,000 homes.

The company says each year 1.6 million tonnes of waste are exported from Wales to England or the EU, so the incinerator will be a local and “better” solution.

But residents think the incinerator will pollute the area because of the emissions coming from the plant and because of the lorries that will daily bring waste to the site.

Residents are also worried because there are several homes and schools close to the site. For example, the Eastern High School is 680 metres far from the site and the local football pitch is 500 metres from it.

David Prosser will be able to see the incinerator from his house.

Residents are also angry because they say they have not been properly consulted. They say the company has only sent some leaflets to the houses within 700 meters of the site and they don’t think that is enough.

Pete Lawrence, Project Development Manager for Môr Hafren says they have conducted a ” widespread consultation programme” by holding four public exhibitions, promoting the exhibitions and the website via three newspaper adverts and by distributing 7,500 leaflets. They also say they contacted nearby businesses, schools, churches and health centres.

Residents have launched the Residents Against The CF3  Incinerator Facebook group, with more than 3000 members and say they will keep opposing Môr Hafren. The company will submit its final application in March 2020.