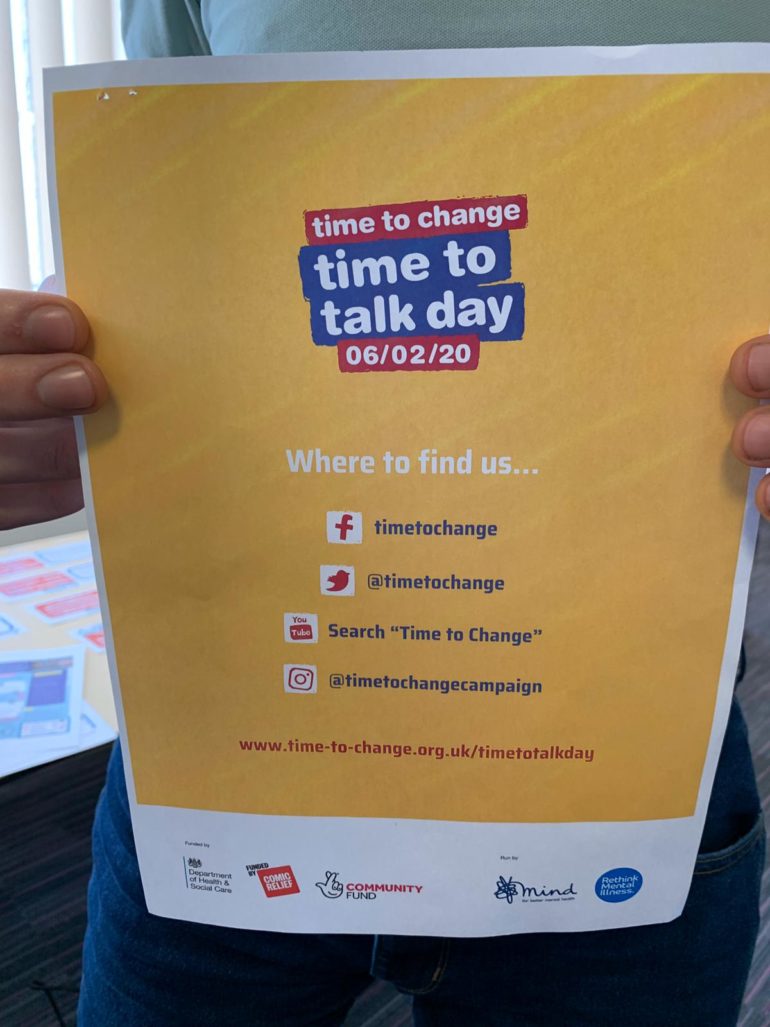 It’s Children’s Mental Health Week all across the United Kingdom and Cardiff is hosting events until this Sunday to raise awareness of the issue.

Lauren Wells Smith is a representative in a law firm in Cardiff and fought mental health issues during her childhood. She had school phobia, a type social anxiety associated with fear of going to school. This condition was recognized by the British government as an actual disorder only last year. “You can be a 10-year-old kid with anxiety. I didn’t think I could”, says Lauren.

Having overcome her fears, Lauren is now encouraging people to open up about mental health issues. Most recently, she was participating in an event in Cardiff called “Time to talk Day”. It’s an opportunity for people come forward, discuss their problems and feel that they are not alone. Along with Lauren, Peter Lysandrou, who works in the same law firm, also contributed to the event by sharing his own experiences. “I suffered from depression I was very afraid to open up about that”, says Peter.

In Wales, it’s compulsory that all secondary schools have some sort of counselling for students. A Welsh mental health charity said that the number of children helped in 2018 rose by 56% from the year before. Most were treated for depression and some even for self-harm. Child psychologist Ana Cristoni says that in order to understand mental health issues in children it’s vital to look at their backgrounds. “Mental health is not a question of chemical unbalance. If we try to medicalise this, we are not looking to the causes,” says Ana.

This year’s theme for the mental health week is Find Your Brave, a motto which is certainly backed by people who have suffered from mental health issues in their childhood. “If you have got a problem, please talk, because I couldn’t talk to anyone. Everybody has problems, you’re not different,” says Lauren Wells Smith.

The campaign is being praised all across the country, but experts and former patients say that is still a lot to be done to tackle mental health issues at an early stage.