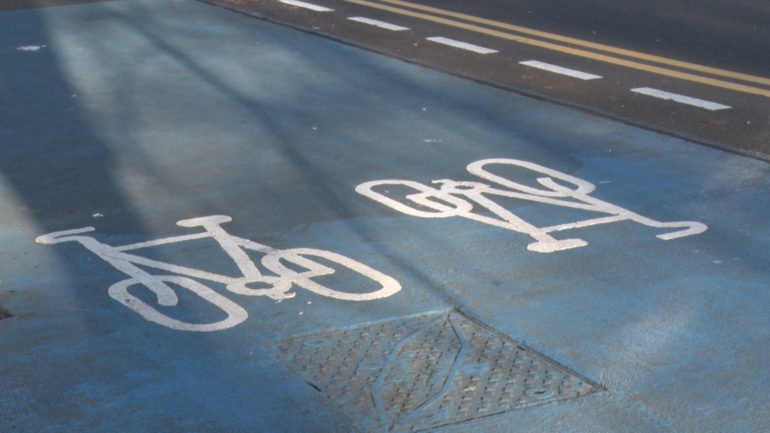 Cyclists will be able to travel on new segregated cycle lane in the city centre by 2022. Cardiff Council was awarded 21 million pounds to encourage this for active travel and improve air quality.

Wood Street in Cardiff city centre is under-construction. One more cycleway will be built here. This is part of a wider programme to improve the road network in the city centre to encourage the use of public transport, active travel and improve air quality.

Cardiff Council was awarded 21 million pounds to develop this trail, and Senghennydd Road has been opened as the first segregated cycle superhighway last August.

Chris Robert, a welsh cyclist says that Cardiff is a cycle friendly city.

“Cardiff is expanding, all the new houses are being built, and we need a totally different transportation in Cardiff.” Mr Robert says.

But he still raises the concern that Cardiff Council should make cyclists feel safer when they are riding on the road, such as put speed limit and build more conjunctions to let the cyclists into the road.

But the debate between private car users is still on. Private car users say the government should put taxes on cyclists when they ride. Some of them even suggest that council should use their taxes properly.

The cycleway is expected to open within the next two years.