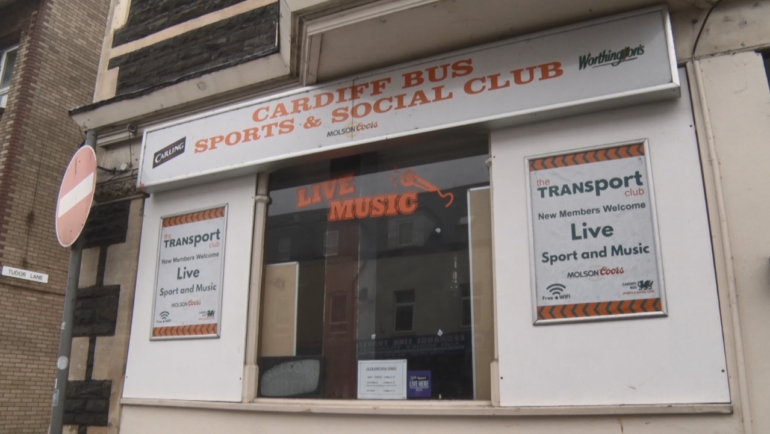 The last workingman’s club, affiliated with a company in Cardiff, closed its doors on New Year’s Eve marking the end of an era.

Cardiff Transport Club was first opened in 1926 on Garth Street. It moved to Tudor Street in Riverside around 1999 and became a live music venue in the last few years.

Former Club Secretary Terry Boyce says it was the investment in the canteen that caused the club to fold.

Cardiff Bus were not available for interview but they sent the following statement,

“Following a lengthy process and negotiation, which was negotiated on an open book basis, with elected officials of the Transport Club, we used the facility for five years in line with the signed contract.

“Cardiff Bus also provided financial, facility and consultancy support to ensure this agreement was effective for all involved.

“Cardiff Bus is not in a position to comment on the failure of the core business of the Transport Club and how this has affected their ability to trade following the end of the contract.”

The Transport Club may be closed but the members are keeping the music going after teaming up with Park Conservative Club on City Road.