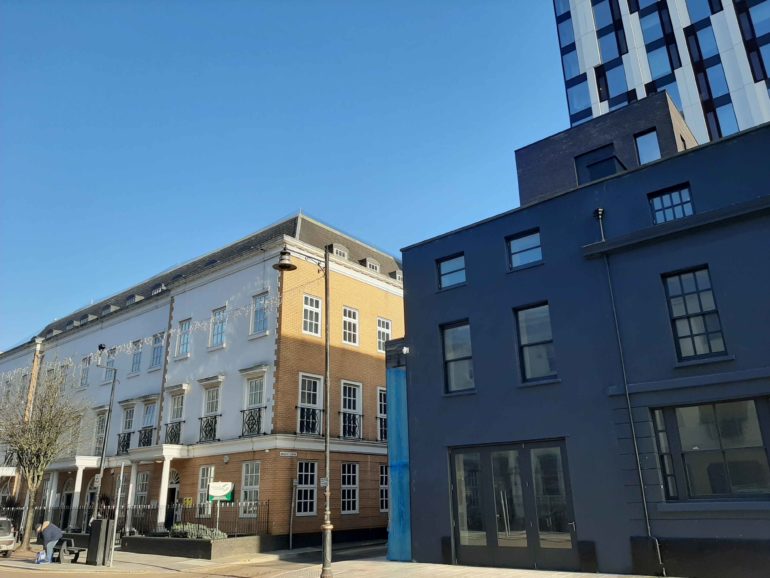 The plans had been objected to by numerous parties because of worries about the impact on the local area.

Cardiff Council has given planning permission for a 16 storey apartment block in the city centre. It will be built on the site of Landore Court on Charles Street.

There are worries that other properties on the street will get significantly less light and be overshadowed by the new building, that there will be more noise and disturbance and too little green space.

The building will provide 150 new one and two bedroom apartments, as well as studios. On the ground floor, there will be two commercial units. The building will still not be as high as the nearby Bridge Street Exchange, with 27 storeys, but it will be 50m tall and overlook many other buildings.

In total, 14 parties objected to the plans in the application process. One objection was brought forward by the Cardiff Quakers. Their Meeting House is located directly next to Landore Court, where the tower block will be built. They say they feel the new building will overpower all its neighbours and also impact on the use of their building as there will be more disturbance caused by the new commercial units.

Charles Street is located in the city centre, just off from Cardiff’s busy shopping streets. But it is a historic street with houses going back to the middle of the 19th century. That’s why the street is protected as a conservation area.

The planning permission says that the impact on the area is outweighed by the design quality of the proposals and the contribution that will be made on the regeneration of the area. The permission is subject to the condition that the developer will contribute more than £266,000 pounds to upgrade the area, including money for one replacement tree and a stand of ‘Nextbikes’.

Local Councillor Sarah Merry says she accepts that the planning permission has been granted but she still wants to query the issue of light. She also calls on the developer to contribute to extra trees and further improvement of the environment.

A statement that had been prepared on behalf of the developer and previously sent to Cardiff Council states that the development will bring new life to the city centre of Cardiff. It says it will accommodate the needs of its residents conveniently who won’t even need a car as shopping, leisure facilities and transport are all nearby.