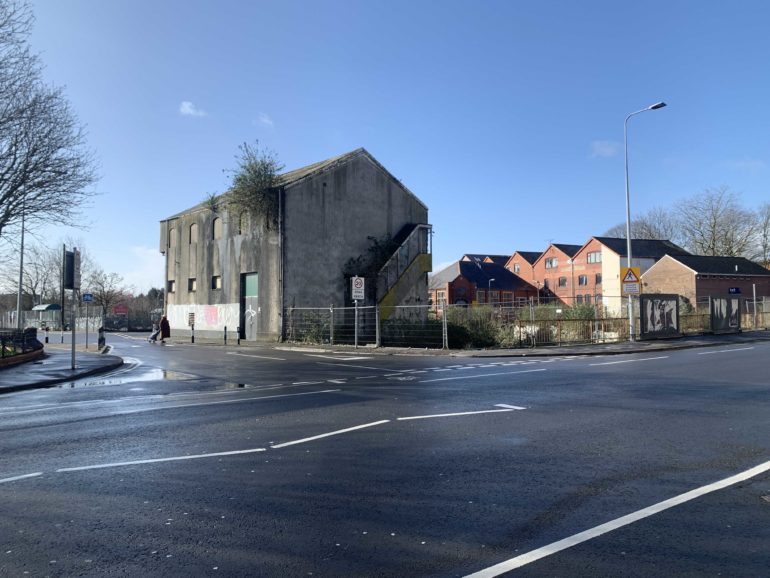 Plans to Develop This Rundown Building in Cardiff Bay

A rundown grey brick building on the corner of James Street and Adelaide Street is set to be sold for development. It has been used as an electricity sub-station since the 1950s.

But many people think it has been neglected for a long time because of its old-fashioned look, and it is different from the other modern buildings just across the road.

Also, there are plenty of fly-tipped rubbish in front of the building. Residents say the building looked nice in the past but is an eyesore now.

Since 2013, the land has been owned by the Wales and West Housing Association. But it has been left undeveloped because of the difficulties of building housing on the site.

Now the council have agreed with the housing association they can acquire the site on the condition they have the option to get land from the council elsewhere in the city.

Councillor Russell Goodway, Cabinet Member for Investment and Development at Cardiff Council says that the Council is seeking authority form the Cabinet to buy the land.

“The council intends to facilitate the redevelopment of this land,” said Councillor Goodway. “The plan is to bring forward a comprehensive mixed-use development consisting of residential, retail and small office/workshop units.

“This land has been an eyesore for local residents for many years and the purchase of this land forms part of the Council’s ongoing commitment to regenerate Cardiff Bay, which includes the restoration of historical assets to ensure they are upgraded and fit for purpose for future generations.” He said.

The Council will discuss more details of the plan next week.