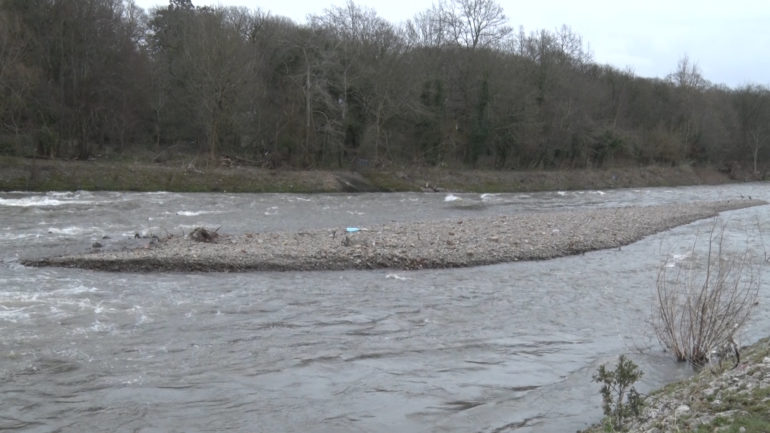 Storm Dennis has caused a lot of debris and rubbish to come up at the River Taff (Pontcanna Fields) Photo Credit: Cardiff News Plus
LatestNewsSport

Several parts of South Wales were hit by Storm Dennis last weekend, including Pontcanna Fields in Cardiff. A week after the storm, people are now faced with the mammoth task of cleaning up the debris and plastics that the flooding brought.

Pontcanna Fields, often dubbed as the Capital of Sport in Cardiff, were submerged in water over the weekend after river Taff burst its banks. People are comparing the storm to the 1979 Cardiff floods, which led to more than one thousand people to losing their homes.

A number of amateur football, rugby, cricket and baseball teams play their games here. But after the damage caused by the floods, those teams will have to focus on rebuilding the parts that have been damaged. The fields are also visited by hundreds of dog-walkers and joggers every day.

The Cardiff Merlins are a baseball team that have been playing here since 2017. They were set to begin pre-season training for the new season next week, but now they face the big challenge of getting the pitch ready before their season gets underway.

Craig Lawton, the media officer of the Merlins says that they may be forced into postponing games, especially if there is more rain in the coming weeks. The Merlins spent £3000 to build the pitchers’ mound in the first place, but the costs of running repairs could be much more than that.

The storm also caused a lot of debris, plastic and trees to deposit on the river banks. A clean up operation is being organised this weekend around Pontcanna Fields, Blackweir and Bute Park. But if the adverse weather continues, it will be quite difficult for people to get much cleaning done.