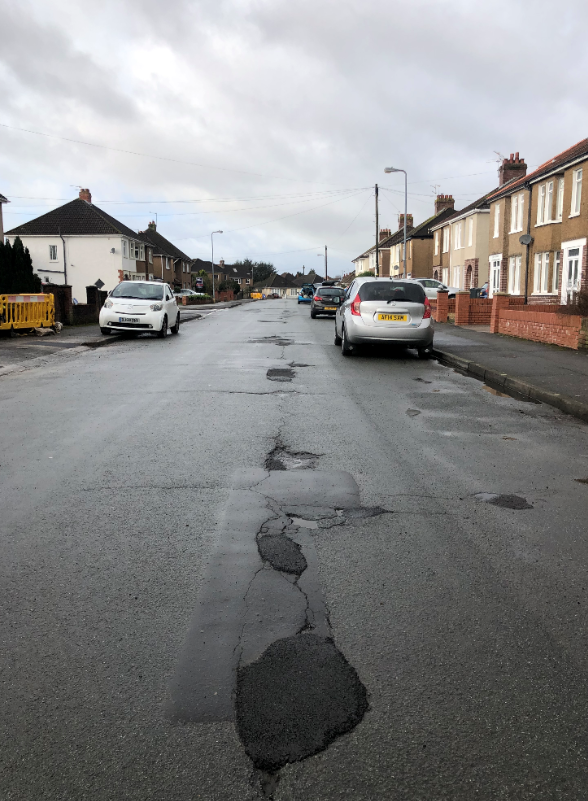 Potholes in Whitchurch Are The Worst in Cardiff

Residents say nearly 2,000 Potholes were filled in last year and yet there is still the need for more.

Many residents say they’ve had their car suspension damaged by the potholes which left them having to spend money they didn’t expect to spend.

Garages in Newport road have joked that their businesses are successful due to the amount of suspension breaks caused by potholes.

Cardiff Council says the roads in Whitchurch are old as they are made from concrete rather than tarmac.

They say in order to fix them they’ll have to resurface the whole road rather than just fill in pothole.

One of the area’s councillors, Mia Rees says one of the main issues is that the money from road tax has been focused on the city centre when it should be evenly distributed to the suburbs.

Wales and West Utilities are currently upgrading the gas works in Whitchurch which means the road will not wont be able to be relayed until the works are finished.

In the meantime, the Council has said they are trying their best to fill in as many potholes at the moment with a temporary solution whilst the gas works are undergoing.