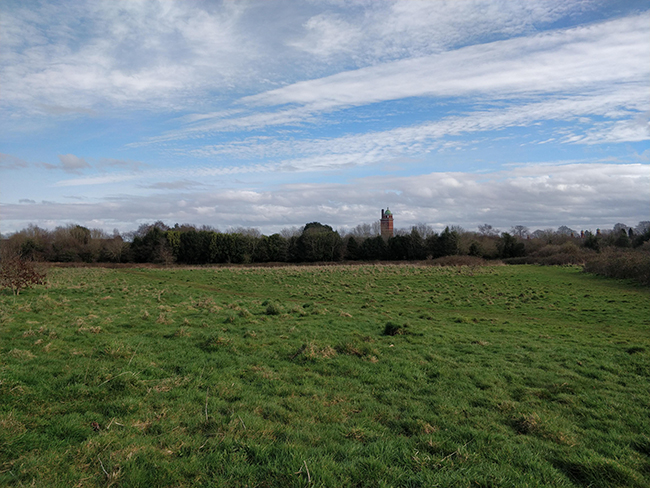 Residents in Whitchurch continue to raise their concerns in saving Northern Meadows from development for the new Velindre Cancer Centre.

The site was approved by Cardiff council for development into the new Velindre Cancer Centre in 2017. Since then, many residents in Whitchurch have been against the idea. Now, one of them, Tessa Marshall, has started a new petition against the plans. ” I started the petition because I really see as inappropriate for any kind of development to be felling trees at the time of climate crisis.”, says Ms. Marshall.

Residents are also unhappy about the new construction access plans proposed by the Centre to get to the site. The proposed new plans involve a car park at the Asda store in Coryton where the main access to the new Velindre Cancer Centre will be. The other proposal is to extend the period when the temporary construction road on the Whitchurch Hospital site can be used both for construction and access.

Local residents say Cardiff Council should revoke and review the plans of development. A local resident, Mr. John-Paul Jones says, ” We are going to have significant traffic problems, not just during the construction phase but the implementation after. I think particularly around the rush hours in the morning and in the evening, people are going to be queuing much longer in their cars to get home.”

Another local resident, Catherine Lewis says: “All building on green land should be reviewed. There are other ‘brownfield’ sites that it could be built on. The idea that the hospital needs to be in green space is lovely but reducing pollution is more important for the whole of society. During my cancer treatment at the current Velindre hospital last year, what was very important to my physical and mental well-being was being able to cycle to my treatment on safe traffic free routes.”

Mr. David Powell, Project Director of the new Velindre Cancer Centre, said that, “We already have planning permission for the new cancer centre on the Northern Meadows site so we now need to work through the detail.

“When it’s open, the new cancer centre will reduce traffic and parking problems in Whitchurch. However, I recognise that it will also have an impact on the environment and that, for many people living locally, they will lose a valued amenity. We are determined to keep any impact to an absolute minimum and to provide as many additional benefits that we can.”

“So, for example, we will plant at least the same number of trees that we remove. We will make sure that there are footpaths and cycle routes which are fully accessible to the public across the site. And sixty per cent of the site will remain undeveloped.”

Mr. Powell said, “We all know someone with cancer or someone who has had cancer. And the number of people diagnosed with cancer is increasing.

“The 60 year-old Velindre Cancer Centre does not have the facilities or space to meet this future challenge. So, we want to replace it with a new one.”

However, residents in Whitchurch are calling on the council to revoke and review the plans. They say they want a new Valindre Cancer Centre but not on the grounds of any green fields. They want the Welsh government to consider an alternative brownfield site for the hospital. Local Councillor, Mike Phillips said residents’ concerns will be put forward for consideration.