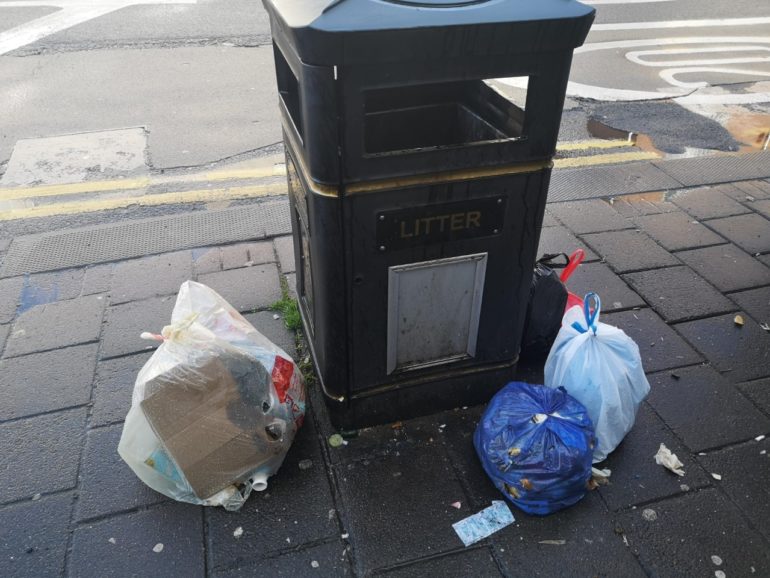 Keep Grangetown Tidy says pubs, food outlets and shops should take more responsibility for litter left by customers. They say that the streets are dirty especially after special events.

Volunteer Joanna Chittenden from Grangetown Tidy says the organisation is very keen to get people on board to join the actions and there are already quite a few businesses that turned up to the litter picks. She also says that if more people see it’s an issue, then the more people are willing to do about it.

Local residents say that it’s not only after big events, but the streets in Grangetown are usually very dirty. They also say that they are not sure what actionsshops and pubs can take to tackle the litter problem. Local resident Meurig Parri says urging businesses is not enough. He suggests that the government should do as some other countries – add credit to bottles.

Millennium Convenience Store owner Sattar says that it’s a good idea to urge pubs and shops to take more responsibility for litter. She says she has already put more garbage bins inside and outside her store. But she also says that it’s really hard to make every customer aware of the litter problem.

Cardiff Council says they don’t have the power to impose this unless they are in a position to prosecute a specific business for breaching a specific piece of legislation or legal order. But, they say they would encourage all of the trade to join Keep Grangetown Tidy.