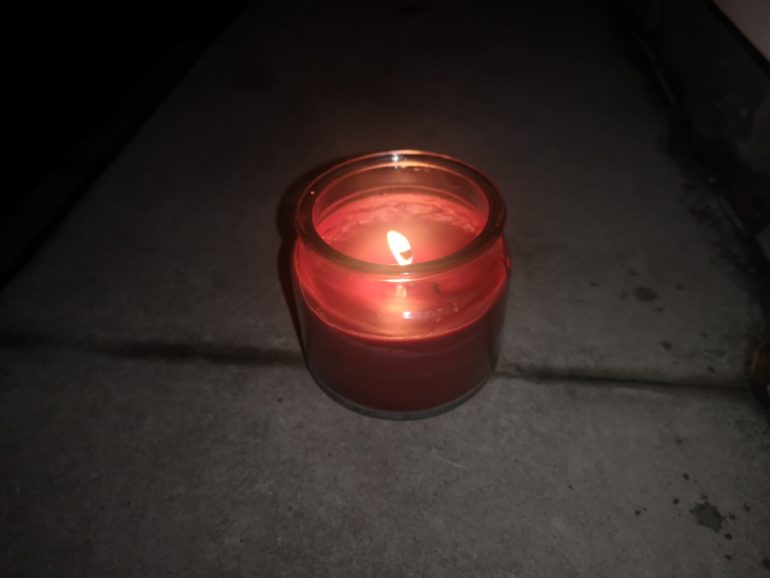 Vigils were held all over Wales on Saturday after the deaths of Wenjing Lin and Sarah Everard. The gathering titled ‘Reclaim These Streets’ saw people come together despite the cancellation of the official event.

Peaceful crowds gathered for candlelight vigils in memory of the young women. Wenjing Lin died earlier this month, and a man has since appeared in court charged with her murder. Sarah Everard disappeared while walking home in London, her remains were later found in woodlands in Kent.

Holly Williams attended the Pontypridd vigil and says that women shared their stories of violence and that she was troubled at how often it occurred. She says, “its unsafe for all of us out there, frankly I was shocked at the stories I heard and learning how common it really is.” As well as Pontypridd, people gathered in Newport and on the Senedd steps in Cardiff.

The deaths of both young women have sparked a wider conversation about violence against women. Since the deaths, thousands of people have come forward on social media with statements of harassment and abuse. Signs at Newport vigil included, “I deserve to be safe. We deserve to be safe. Sarah deserved to be safe.”

Ruth Jones, Labour MP for Newport West says that harsher sentencing should be introduced for offenders, and that it isn’t for women to change, its about educating men.

All over the country at 9:30pm mourners lit candles to remember the young women. Many are hoping that the deaths will be a catalyst for change in conversations and legislation around violence towards women.

A fundraiser has been set up to help Wenjing Lin’s family. You can donate by clicking the link: https://www.gofundme.com/f/help-wenjings-xu-family-through-tragedy