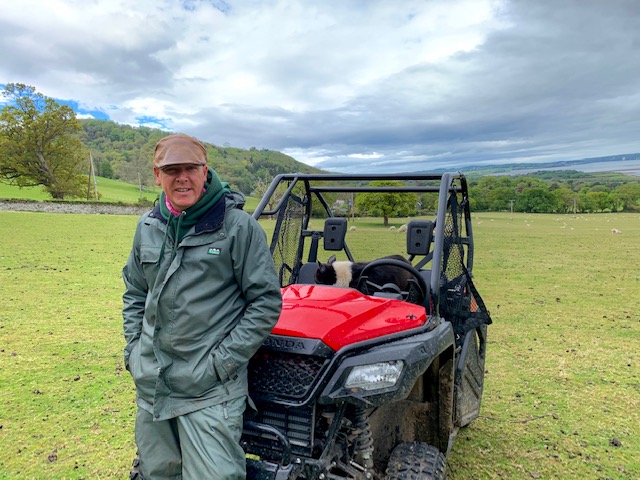 Farmer Gareth Wyn Jones is calling for dog owners to be more careful when walking in the countryside after figures revealed sheep worrying rose significantly since the start of the coronavirus pandemic.

Since the start of the pandemic in 2020, 67% of farmers across England and Wales have noticed a marked increase in cases of sheep worrying, according to the results of the National Sheep Association’s annual farmer survey.

Sheep worrying is when dogs chase or attack livestock which can result in injuries, miscarriages and deaths. On average, each farmer in England and Wales experienced seven cases of sheep worrying each between 2020 and 2021, resulting in roughly five sheep injured and two dead on each occasion.

The majority of farmers who responded to the survey believe that this increase is due to the rise in dog ownership over the last year, as well as people spending more time outdoors during lockdown.

“The worst thing is when you see two dogs together and they get a sheep into a corner and the damage they do is absolutely atrocious,” he said. “You know, I’ve seen numbers of up to 35 sheep being attacked and then you’re talking about 10 to 15 of them had to be put down because of the wounds they have.

“It’s an educational problem within society where we need to teach people, we need to educate them about the countryside code,” Mr Jones continued. “Closing gates is one, but having dogs on leads is such an important lesson for everybody.

“You can go into the countryside if you know there’s an area that is livestock-free and somebody’s told you that you can leave your dog loose – that’s fine. But otherwise, keep it on a lead at all times because all you need is one rogue sheep and that dog is off.”

Farmers and dog experts agree that dogs should be kept on a lead for everyone’s safety and wellbeing, whether in fields or just around the countryside in general.

If you’re planning on walking your dog in the countryside and it doesn’t have recall, put it on a lead,” said Megan Watts from Hope Rescue in South Wales. “That’s for the dog’s safety, the sheep’s safety, your safety really. You know, if your dog is not going to come back when you call it then there’s no point you having it off a lead. It’s just dangerous and that’s not even just for sheep worrying, it could be just generally.”

Under the Animal Act of 1971, farmers are legally allowed to intervene and shoot a dog if it worries livestock. Dog owners can also face a fine from the police, or even be ordered to put their dog down, in some circumstances.

“I think, as well, governments need to tighten up their policies with this. I think we need bigger fines. We need people to realise this is a working, living landscape for farmers. It’s not a playground.”

In the survey, the majority of farmers agreed that the rest of the UK should follow the Scottish Government’s lead in introducing fines of up to £40,000 and/or prison sentences of up to 12 months for dog owners who allow attacks to happen.