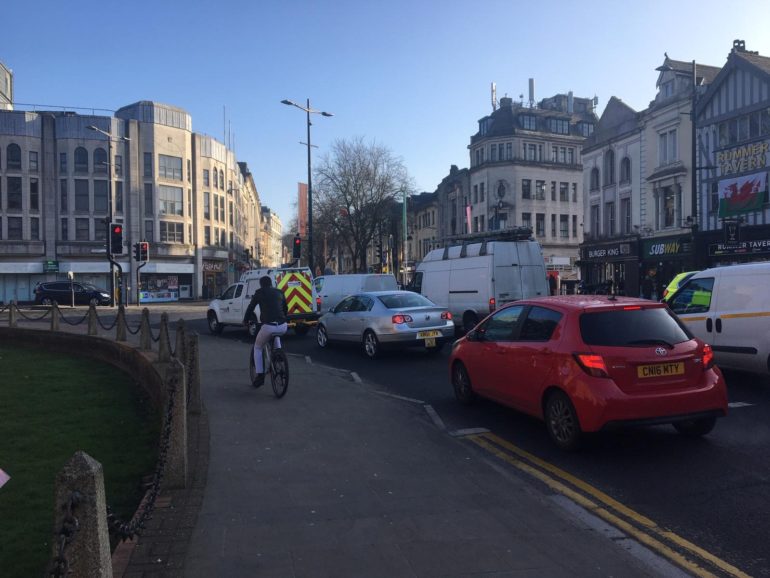 Cardiff Council has revealed their new 10 year, £2 billion plan to overhaul transport and reduce pollution in the city, including a daily congestion charge.

Cardiff Council has proposed a congestion charge that would apply to all vehicles entering the city. Drivers would be charged £2 per day to drive into Cardiff but the council says the charge would not apply to those who live permanently within the congestion zone.

The council will use the money generated from the charge to accelerate the planned Cardiff Metro service, as well as investing more into existing public transport networks. The congestion charge was announced alongside other public transport changes including new tram lines and train routes, reducing bus fares to £1 and expanding the existing cycle networks.

But many people view this as a ‘tax on the Valleys’ saying non-Cardiff residents will be paying for infrastructure improvements that will not benefit them. There are also concerns that existing public transport is inadequate and is not a viable alternative to driving for people who live outside of Cardiff.

The current public service network was built to support 200,000 people but with the population now exceeding 335,000 the existing infrastructure is struggling to cope.

The council is also hoping that the congestion charge will help to reduce pollution in the city centre, by lowering the number of cars on the roads and encouraging more people to walk and cycle. Castle Street is one of Cardiff’s most congested roads and as a result it is the most polluted road in the city, according to the council. By reducing the number of people driving to and from work the council is hoping to bring all roads in Cardiff within the EU’s acceptable pollution guidelines.

Other proposals by the council to reduce pollution include: replacing existing buses with electric buses, encouraging more active transport, establish a new and improved bus network.

The congestion charge is only the beginning of the council’s 10-year transport plans. Councillors are currently discussing the extent and boundaries congestion zone as well as the final amount drivers will pay. The council are hoping to have the new system fully implemented by 2024.