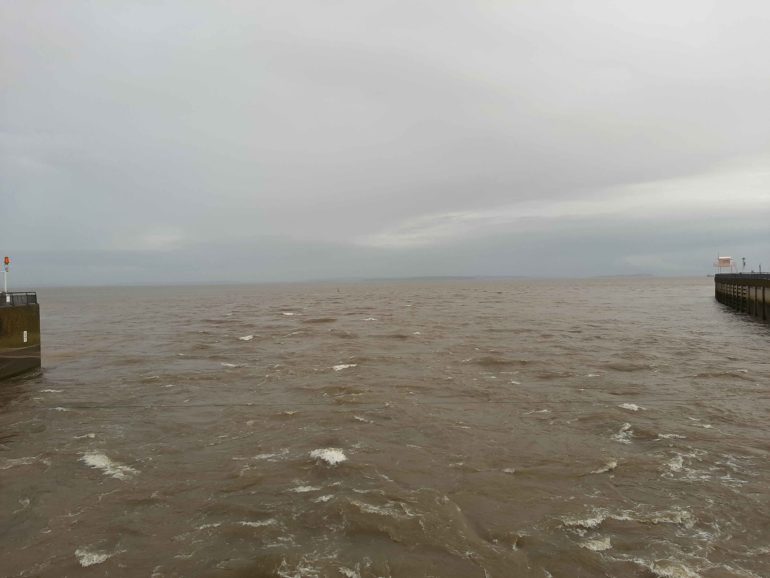 People are worried that the disposal into the sea near Cardiff Bay could pose a risk to human health and the environment.

Plans have been revealed to dump more mud dredged from alongside the nuclear power station Hinkley Point in Somerset (England) into the Bristol Channel near Cardiff. The company behind the plans, EDF Energy, says the dredging and disposing of the mud is necessary as part of the building work for the new Hinkley Point C plant that is currently being constructed.

The company is planning to dump up to 600,000 m3 of mud in 2021. They want to deposit it into the sea at Cardiff Grounds which is a licensed dumping ground in the Bristol Channel. It would follow a first dumping of mud in 2018 which caused strong public controversy.

People are concerned that the mud is polluted with radioactive elements and that this could have a negative impact on human health and the environment, especially on marine life.

Tony Williams works at the Anglers Supplies in Grangetown, Cardiff, and says that the fishing community is worried. He says a friend of his wouldn’t eat his own fish catch anymore because of the mud that has been dumped in 2018.

Neill Shah lives in Penarth and runs Jo’s Organic Stores. He says the nuclear industry is a “dirty industry” and is strictly against the mud dumping.

EDF Energy has submitted its plan to Natural Resources Wales (NRW) for sampling and testing the mud that they want to dredge and deposit. The organisation will have to determine if the mud is suitable for disposal at Cardiff Grounds. As a first step, NRW is assessing if the plans comply with international guidelines and is consulting experts and members of the public. People can still comment on the suitability of the submitted sample plan until 18th March 2020.

EDF Energy says that the mud is typical of sediment found anywhere in the Bristol Channel and poses no risk to human health or the environment. The company says that already during the first phase of dredging, independent analysis showed that “levels of radioactivity in the mud are so low that they equate to ‘not radioactive’ under UK law”.

They have also announced further analysis at a greater depth and assured that no dredging will take place until NRW approves a monitoring and dredging plan.