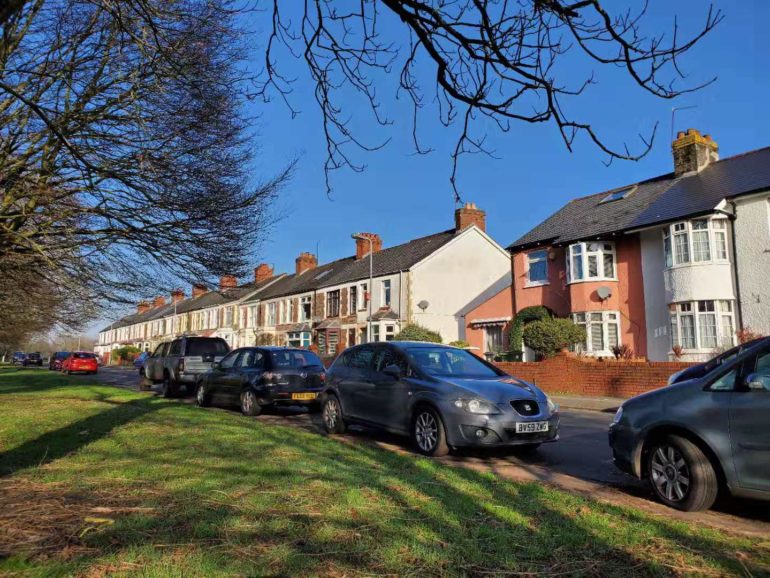 Some local people are worried because they say it will take away parking spaces and children’s safety issues will be raised.

People who live in Llandaff North say they are unhappy about the council’s plan to widen part of the Taff Trail as this will remove some of the residents’ parking space.

The call for separation of the trail between cyclists and pedestrians around the park’s tennis court has been raised after a pensioner was hit by bike on the trail last year.

Local resident Derek Ford thinks the path along Taff River should be widened rather than the route proposed by the council.

He says: “Residents like the idea of enlarging the cycle trek, but they’re against the route that the council decide to take for extra wide path.  ”

The route will take the trail up to the hill towards the playground. Concerns over children’s safety issues have been raised. Lindy Clifton who lives on the street says she is worried that the proposed additional cycle path can be dangerous to children.

She says: “The cycle trail that is proposed will run, as far as we’re aware, run past to children’s play areas, and at least in my own personal view, will create some sort of hazard for children. My grandchildren come here every week and play and gives me great pleasure to see them being able to run freely in the park. ”

Julie Morgan, Assembly Member for Cardiff North, told Cardiff News Plus: “I met residents from Mary Street who are concerned that a proposal to divert cyclists around the Hailey Park tennis courts along a 5-metre wide cycle path parallel to Mary Street will cut the amount of parking available to them by half. This is due to plans to put double-yellow lines along one side of Mary Street, the side next to the proposed cycle route.

“They are also concerned that cyclists won’t use the detour – which is supposed to relieve congestion between cyclists and pedestrians on a section of the trail next to the river which cannot be widened – and that their access to the park will be effectively cut-off by the cycle track.

“They do not understand why there is a need for a wider cycle path around the tennis courts when there is already a ‘pinch point’ at the bridge near Glantaf School anyway.

A four-week public consultation will be made by Cardiff Council at the end of February.