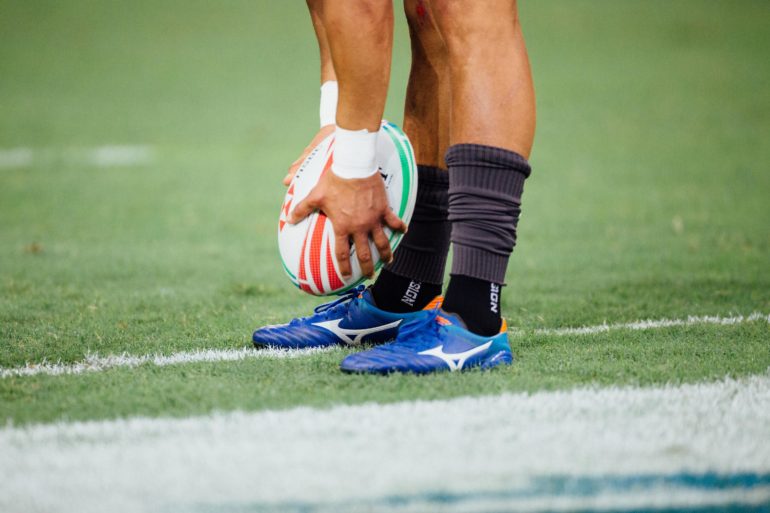 This year’s Six Nations has been blown wide open.

Going into last weekend, many were predicting Ireland and England as favourites for a Grand Slam. But after a first round of surprising results, it’s now anybody’s guess who will lift the trophy.

Here, we take a look at all the team news and analysis ahead of the next instalment.

This game couldn’t have come at a better time for Scotland – or a worse one for Wales.

The men in tartan will be full of confidence after winning at Twickenham for the first time since 1983. Wales, on the other hand, look battered and bruised.

Dan Lydiate, Tomos Williams, Hallam Amos and Jonny Williams were all ruled out during the Ireland game on Sunday. George North, Josh Navidi and Josh Macleod joined them on side lines later during the week, as Wales’ injury list grew to 23 players.

This has forced Wayne Pivac to draft in six new players for Saturday’s clash in Edinburgh.

Fans will be glad to see Liam Williams return on the wing and Aaron Wainwright isn’t a bad replacement at blindside flanker. But there are questions over the untested midfield partnership of Nick Tomkins and Owen Watkin.

There is some exciting news, particularly for Cardiff Blues fans, with the inclusion of Willis Halaholo with the powerful centre set to earn his first cap off the bench.

Scotland aren’t without their injury woes either. Young centre Cameron Redpath as well as stalwarts Sean Maitland and Jamie Ritchie have also been rule out of Saturday’s game.

But they’ll still have the magic of Finn Russell and Stuart Hogg that could hurt Wales at any time.

With both teams hoping to build momentum during the campaign, Saturday’s match at Murrayfield could be a cracker.

Ireland will be kicking themselves after last Sunday. A moment of madness from Peter O’Mahony meant they were up against it for most of the game.

They battled bravely and pushed Wales to their limits, going into half time with a 13-6 lead but eventually the extra man counted and Wales ended any Irish hopes of a Grand Slam.

They now have to dust themselves off and face a French side that seems to be coming into its own.

Les Bleus put Italy to the sword in a seven-try 50-10 drubbing and in Antoine Dupont have, arguably, one of the best players in the world.

It’s no surprise, then, that head coach Fabien Galthie has made minimal changes. With no new injury worries, France are free to keep winning combinations in place.

Damian Penaud comes in on the wing for Teddy Thomas and Anthony Jelonch replaces Dylan Cretin in the back-row.

Ireland aren’t so lucky. Just like Wales they’re also the walking wounded after a brutal affair at the Principality.

Senior players James Ryan and Johnny Sexton have both been ruled out through head knocks while Peter O’Mahony serves the first of a three game ban.

Iain Henderson and Rhys Ruddock come in to bolster the pack and head coach Andy Farrell has opted for a new halfback pairing of Jamison Gibson-Park and Billy Burns.

Ireland will be looking to bounce back from their latest defeat. France will want to cement themselves as the new side to beat.

In arguably the least exciting fixture of the round, England will be looking to bounce back from their shock defeat at home to Scotland.

Head coach Eddie Jones has faced criticisms for playing multiple Saracens players who lacked game time but he is unlikely to experience two shock defeats in a row.

Italy were dire against the French and really called into question their place in the competition. So much so that Sam Warburton is now calling for a play-off between the bottom ranked side and the winner of the Tier 2 European Championship.

The game does give England a chance to experiment with different combinations. Owen Farrell has moved to inside centre with George Ford coming in as fly half.

Jonny Hill and Luke Cowan-Dickie have come into the pack which also sees Courtney Lawes start on the blindside.

There are few changes for the Italians. Carlo Canna joins the backline, pushing Juan Ignacio Brex into outside centre. Andrea Lovotti replaces Daniele Rimpetti at tighthead and Welsh-born Stephen Varney keeps his starting place at scrum half.

From time to time the Italians manage to pull of a surprise but this weekend it looks like the scoring will all be one way.