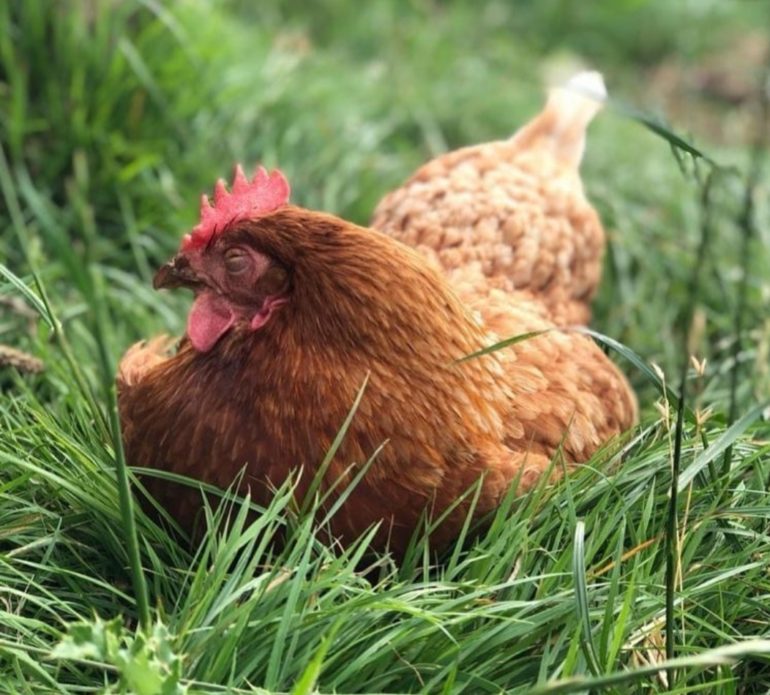 Feathers may be the fashion trend on the red carpet at the Oscars this year.

And if that proves to be the case then 22 Welsh ladies will look clucking great in front of the world’s media.

That’s because the stars of a hotly-tipped new documentary produced by Joker star Joaquin Phoenix are, unusually, hens.

Gunda, directed by Victor Kossakovsky, is a silent black and white film exploring the mystery of animal consciousness on farms and in sanctuaries across Europe

It has been shortlisted for an Oscar nomination for Best Documentary.

Among the animals studied are the 22 hens from The Deans Farm Sanctuary in Chepstow.

The farm was selected by the director to take part in the rescue of the hens from the factory they had spent their lives in.

Mary Frankland who runs the sanctuary says: “It was incredible that the sanctuary was chosen and great to be part of this movie and seeing the filming of the release of these hens.”

“It’s important to remember that being part of a movie potentially up for an Oscar nomination is great news but it’s all for the animals and hopefully the documentary will encourage people to live a more compassionate lifestyle.”

With celebrities such as Megan Markle rescuing hens from a factory farm, there is hope that this film will shine further light on the issues that surround factory farming.

Mary said: “Intensive factory farms are horrible places for hens, and the poor conditions these animals have to live in leads to hens losing their feathers and being calcium deficient due to the large amount of eggs they have to produce.”

“The only light they experience being kept in these dark factory farm barns is when they’re sent off to the slaughter house.”

She says the release of these animals to her sanctuary can be overwhelming to witness: “It’s lovely to see these chickens take their first steps out of the barn where they’ve spent most of their lives in cramped conditions and how their senses are awakened.”

Out of two hundred and thirty eight films competing for an Oscar, 15 have now been shortlisted for a nomination.

Those 15 are further whittled down to a final shortlist, which will be released next week.