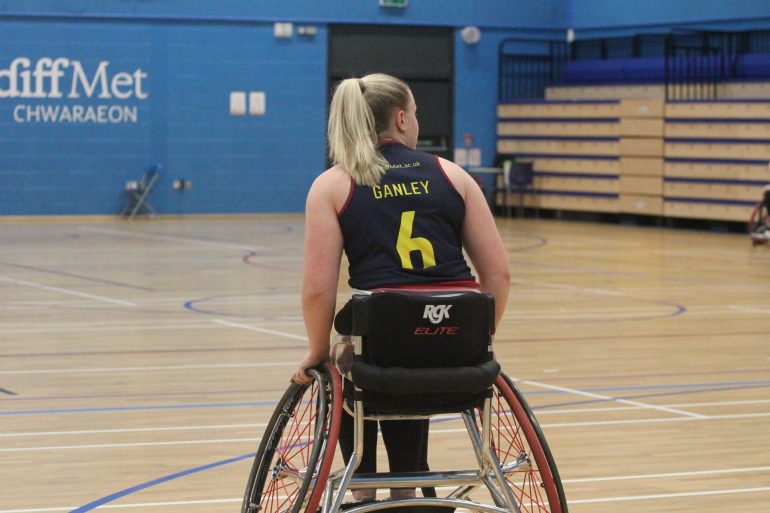 The Welsh team will play in the UK’s first professional female parasport league.

Cardiff Met Archers are due to play East London Phoenix tonight in Newham for their first game.

Archer’s player Rebecca Ganley says she is excited, especially given the unusually long pre-season that was as a result of COVID19.

Despite being a developing team, she believes they stand “just as good a chance as anyone else” and warns the other teams not to be fooled by their potential lack of experience.

Head Coach Tom Guntrip reiterated this, saying although they may be the youngest team and potential underdogs, he “has full confidence that everyone is going to bring it right off the bat”.

The Archers are currently the only team to be representing Wales in the Premier League. Ganley expressed her pride regarding this, stating that “within wheelchair basketball, Wales is known for bringing the fans and the energy and the Welsh pride”. Her coach was quick to note that being the only Welsh team in a predominantly English league would not lead to any added pressure.

They will travel to London today for a 7pm start and will welcome the Worchester Wolves to Cardiff for their first home game on the 12th of February.

The competition will run over three months, with three weekly fixtures which will be broadcast either Live on Youtube, or on the BBC digital platforms.

Guntrip recognised the significance of the deal with the BBC, hoping it will bring recognition to “two quite marginalised” groups in sport – disability sports team as well as female sports teams.

There are currently 17,000 people playing in wheelchair basketball across Britain, and both Ganley and Guntrip hope the new league will encourage even more young people to take part in the sport.

This competition can be seen as a step in the right direction for parasport as a whole – not just in terms of basketball.

Guntrip hopes that in the long term, this will develop into “a larger and far more sustainable league”.

Sally Munday, CEO of UK Sport, said: “We are on a mission to create the greatest decade of extraordinary moments; reaching, inspiring and uniting the nation and achieving that will only be possible by making Olympic and paralympic sport more accessible to the British public more often”.