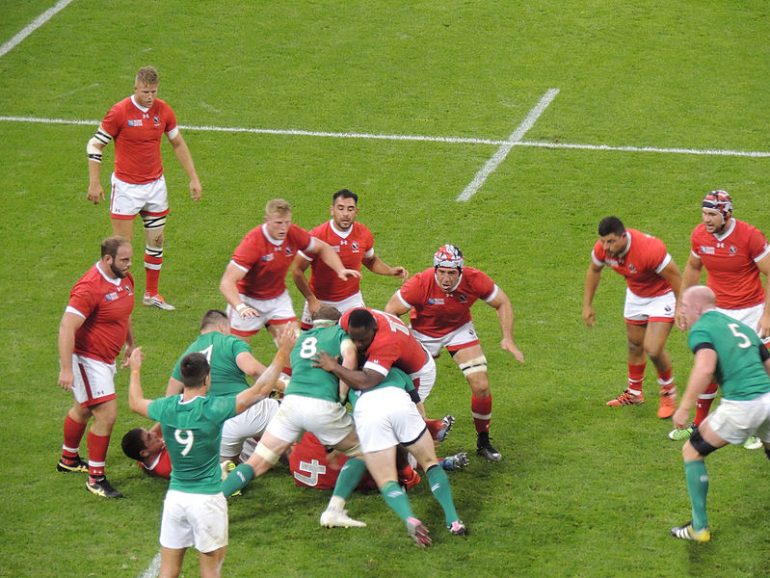 Colour blind rugby fans face a frustrating opening to the Six Nations with Wales and Ireland both set to wear their home kits in Saturday’s match at the Aviva Stadium.

In the UK, one in twelve men and one in two hundred women suffer with “red-green” colour vision deficiency.

This has prompted World Rugby to publish guidance on which kits rugby teams should wear when they face one another.

However, in terms of the Six Nations, it is still up to the individual teams whether they choose to change their jerseys to avoid kit clashes.

Jordan Moore, an Irish supporter and journalist, welcomes any regulations that would counteract colour vision deficiencies in rugby.

He says: “It’s very frustrating. It does damage the experience; you go there to watch a game and you spend most of the time trying to figure out who’s who.

“It’s more like a game of Where’s Wally than an actual rugby match.”

Kathryn Albany-Ward, the founder of Colour Blind Awareness, told The Independent: “Apart from the discomfort for the spectators, the unions are potentially putting players in their own teams at a disadvantage.”

The stats in the UK suggest that there are likely to be two to three colour-blind players in each men’s rugby squad of 32.

The Welsh Football Association  is already a step of ahead of the rugby as it has already committed to avoid similar kit clashes when playing matches against teams with green home kits.

However, not all colour blind fans do not feel that it is necessary to adapt the game to suit a minority of supporters.

Joe Williams, a Welsh supporter, said: “I prefer Wales to play in red [and] every rugby union can’t cater for everybody. It’s a difficult one because obviously I am impacted but I have adapted [to it].

“It’s not something which I’m annoyed about, it’s just something you have to get on with.”

Moore, on the other hand, notes how the rugby unions have adapted to other challenges and thinks more should be done to accommodate fans with visual disabilities.

“I don’t see why we shouldn’t be able to change things. If the kits are going to clash with green and red then one of the teams should just play in a different colour.

“There are away kits in football, you see it all the time, so I don’t think it should be that big of an issue.”

The Welsh Rugby Union told The Independent: “Our plan is to grow, develop and enhance the offer of rugby union in Wales by modifying the traditional approach and ensuring we are inclusive and engaging to all people and communities. This new approach from World Rugby is one that we very much welcome and look forward to hearing more about.

“The next cycle of the design process for future kits will begin soon and we would hope to be able to fully assess these recent comments from World Rugby within that timeframe.”