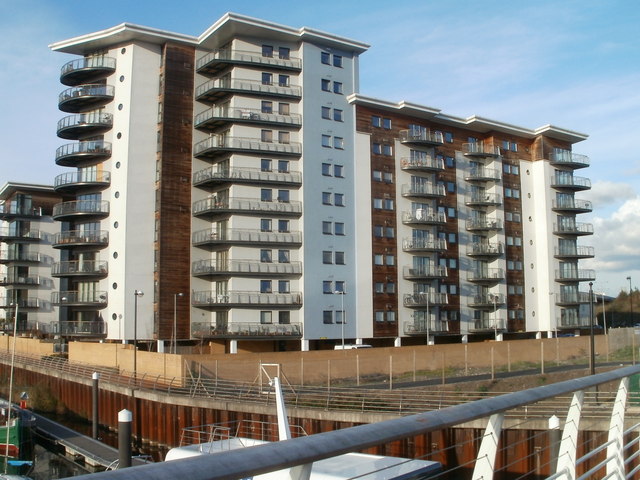 Residents in flammably-clad tower blocks have received no financial support and are unable to sell their homes.

Shortly after Ash Barr and her husband Derek Blackburn got married in 2016, they bought a flat and planned to make a home.

They had been living in an small apartment in Celestia in Cardiff Bay and bought a second property – which they planned to make their new home – in the nearby Alexandria development in Victoria Wharf. It was intended to be an investment in their future.

However, surveyors discovered that the cladding on the outside of both their apartment buildings is made of flammable polystyrene.

It meant they were trapped – as are hundreds of thousands of people across the UK – in high rise buildings known to be flammable following the investigation into the 2017 Grenfell Tower tragedy, in which 72 people died and 70 more were injured.

“In December 2019 it all emerged and it ever since then it’s been a living nightmare… we’re living in death boxes,” said Ash.

“The most frustrating part for me is that nobody has been held to account.”

After surveys revealed both buildings had fire safety defects, Ash and Derek have been unable to sell the properties and now face two cladding bills and rising insurance costs that are crippling their finances.

“For Victoria Wharf in the last two years we’ve paid over £1.2 million in insurance premiums – just on insurance,” said Ash.

“Since 2019 when the fire defects were discovered in Celestia our insurance increased by about £600,000 in one year.”

Ash is now one of 40 Celestia residents suing property developer Redrow for £12 million to help cover the cost of unsafe cladding and fire safety defects. It’s the first legal case of its kind in the UK.

“Justice would be great, but I’m past justice,” said Ash.

“I just need to know that someone will make my building, my home, safe again. We’ve been living like this since 2017.”

The Welsh Government has committed more than £300 million to support building safety work and repairs. They’ve also appointed a surveyor to assess the number of buildings that need assistance.

Campaign groups welcomed the announcement but criticised the government over its lack of urgency.

Celestia developer Redrow says it has already provided financial support and will also be providing further funding through the establishment of a Residential Property Developers Tax. The company is reported to have set aside £36 million to help meet Government requirements for financial support on the issue.