4 Things you don’t know about Mandarin

The upsurge of Chinese learning is affecting more people from all over the world.

Jane is an English teacher, she has been teaching English to Chinese children in Beijing for years. “I have been in contact with Chinese students for the last 15 years.   I never thought it possible to learn the language until a friend who has been learning said it’s enjoyable and not as difficult as it looks. Especially with pinyin.” Said Jane. For people like Jane who is interested in Chinese, there are 4 things they usually feel strange about.

Mandarin is a tonal language. Chinese used to pronounce the same syllable in different tones. That’s a basic way to distinguish different meanings. The tone of Mandarin gives it a very unique quality. But if you don’t give proper attention, these tones may also be the source of poor communication. Mandarin is construct with four main tones and a neutral tone. Each tone has a unique pitch contour that can be drawn using a Chinese 5-level system.

About 600 Chinese characters are pictorial words stylized figures of the objects they represent. These are usually one of the oldest characters. Some of the earliest forms can be traced back to Oracle in the 12th century BC. “When I saw the Chinese words changed from some similar shape, it is very interesting!”Jane said. These pictorial words become more stylized and lose their photographic flavor. At the same time, Chinese word become more easily to be spread. 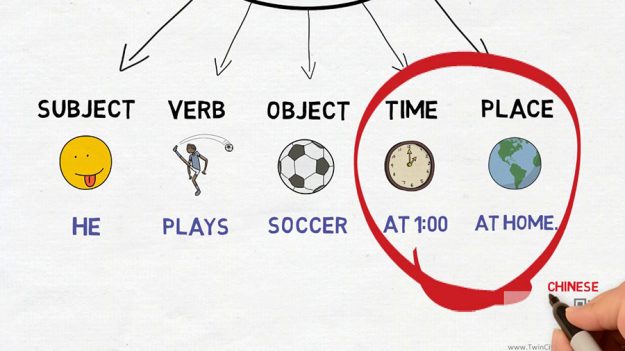 Chinese grammar does not have no tenses or conjugation. Unlike English, Chinese language tend to put “time” behind subject. For example, we say “I ate an apple yesterday.” In Chinese, people used to say “ I yesterday ate an apple.” “Although it is not that difficult to put the time words forward, I always forget to do that.” Said Jane. 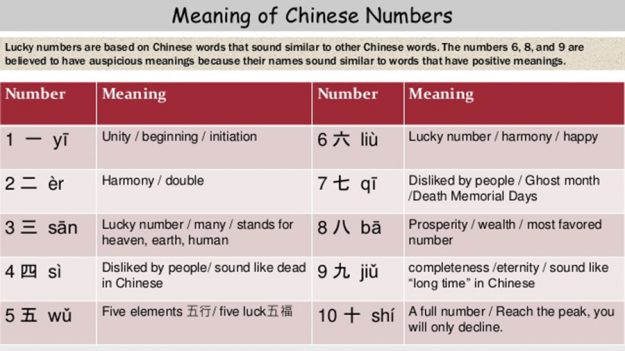 In Chinese tradition, some people believe that some numbers are auspicious or inauspicious. Sometimes it depends on the Chinese word that the number sounds similar to. For instance, the number “4” is believed an unlucky number in Chinese language. Because the pronunciation is very similar with the word “death”. Therefore, there are many buildings in East Asia omit floors with 4. While the number 8 is more lucky, it sounds like “fa”in Chinese. It means prosper in Chinese culture. People usually pick 8 in their phone number and car number plate.