Nothing would be more enjoyable than making yourself a cup of aromatic tea in a crazy Welsh March morning. When you reach to your kettle and tea bags in the morning, what’s on your mind? Your next college assignment? How you’re going to survive the coming assessment week? Or just what’s your travel plan for this year’s Easter holiday?

Making a cup of traditional Chinese tea evokes a far more spiritual reaction, according to Yubei Zhou from the Cardiff Confucius Institute. “Many people seldom see tea leaves now because we use tea bags most of the time. The biggest character of Chinese tea is that we love using tea leaves, instead of tea bags, to see the beautiful movement of tea leaves in boiling water.”

Cardiff was playing host to the China National Tea Museum on their first visit to the city. “Our Chinese tea promotion series have been held in many countries but it’s the first time that we’ve been in Cardiff. This time, we’re working with Zhejiang University, the pioneer in Chinese tea culture study, aiming to promote Chinese tea culture, especially among young people, eliminate the misunderstanding and learn widely from other cultures,” said Zhuzhen Zhu, the Deputy Curator of China National Tea Museum.

The event consisted of four parts: Tea and Tea Culture in China, The Historical Evolution of Chinese Tea Drinking, Tea Ceremony as well as tea tasting, giving the audience an insight into this remarkable aspect of Chinese culture.


Different from the famous English afternoon tea, Chinese tea has its unique characters in tea production, tasting, appreciation and philosophy, which has an extremely significant role in Chinese culture.

The Chinese believe when tea leaves unfold in water, they “sacrifice” themselves into a cup of aromatic tea. This reflects ancient Chinese philosophy which is marked with a sense of sharing and giving.

Despite a profound history of traditions and a high degree of techniques, Chinese tea is also changing and improving. Ms. Zhu said: “We got some inspirations from English tea and managed to make some Chinese teas more appealing to the taste of children and teenagers by adding some ingredients such as milk and sugar. So the texture will be less puckery and softer while still remain nutritive.”

The tea ceremony and tea tasting sections are people’s favorite parts. The audience had an extraordinary opportunity to taste different kinds of Chinese teas such as Oolong tea, and Yunnan Pu’er tea while appreciating the experts from China display the tasting rituals and brewing skills of the tea.

Chinese tea ceremony was born as a result of the respect for nature and need for peace which the religious ceremonies involved. The philosophies of Confucianism, Taoism and Buddhism have blended together into a cup of tea, giving birth to the magical Chinese tea ceremony. A sincere cup of tea given to guests is the most basic etiquette of hospitality. Just imagine how warm and relaxing it would be when you step into an old friend’s house and are handed a cup of tea with a breath of jasmine fragrance!

The first of its kind in Cardiff, its organizers, the Cardiff Confucius Institute, believe this event is a positive step in the collaboration and bond between Wales and China. According to Ms. Yubei Zhou, there will be more events planned and held in the future so as to offer more chances for cultural exchange and understanding, which is one of the aims of the Cardiff Confucius Institute. 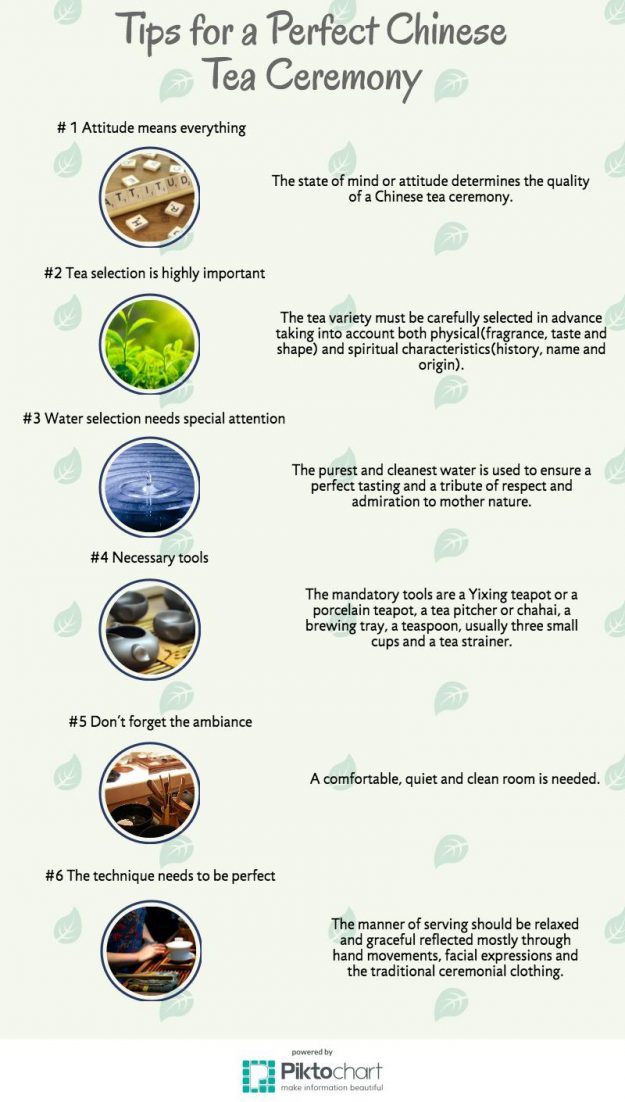 The whole event turned out to be a big success and was well received by the public. Ms. Haziyah Hashim, a tea lover from Malaysia, said excitedly: “Chinese tea is a mixture of science and art, isn’t it? It’s really different from English tea and the way they make it is so elegant. I appreciate it that we could have the chance to know more about the history of Chinese tea culture and tea ceremony.

“And I just learned that they can make all these six different kinds of tea from the same type of tree. That’s amazing! I’d like to attend more events like this.”