Sport, can it improve a girls self-confidence?

Many young women suffer from a lack of self-confidence, often due to how they see women being portrayed on social media. Research has shown that by playing a sport, a girl’s self-esteem can be significantly improved. Three social media campaigns are leading the way.

Worryingly, 69% of girls aged 7 to 21 years feel they are not good enough. Many of those do not take part in a sport due to fear of judgement and little self-confidence. However, three campaigns run by Sports England, Always and Girlguiding UK, are showing that by taking part in physical activity, a girl’s self-confidence can be increased.

Frankie, 22, is an example of how these campaigns can impact a person’s life. “Before taking up netball, I had little self-confidence and could not step out of the house without a full face of makeup,” she said. “However, playing netball has given me confidence not only on the court but in my everyday life.  Because of sport, I now have the confidence not to need to wear makeup every day just to go out.”

Research by Sports England, Always and Girlguiding UK have found that women believe they are judged more on their appearance than on their ability. They believe that they cannot succeed in a sport because they are female.

Looking at the media’s portrayal of female sports these statistics are not surprising. How many time have you seen the female counterparts of male-dominated sports such as rugby and football being showcased on the main television channels at the weekend? Not often enough. The majority of these sports shows the male version of the sport, often without evening mentioning the female equivalents. Even though in all cases the female versions exist and in some cases are more successful regarding achievements than their male equivalents. 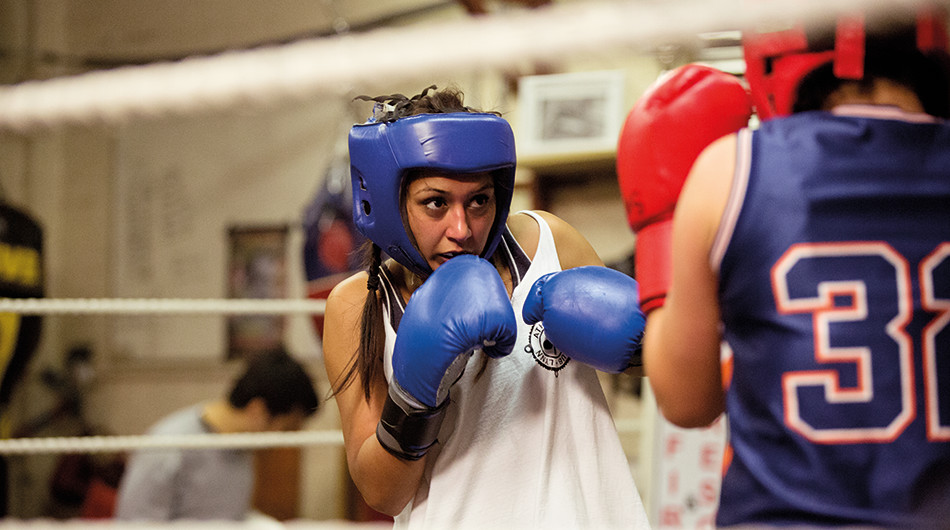 The lack of female sport being shown on the television, alongside a girls’ teenage years being the most turbulent in their lives due to puberty and their social world changing around them. It is not surprising that many girls lose their self-confidence and up to 50% of girls quit sports.

Luckily there are three social media campaigns currently going on trying to buck this trend. Each campaign has the aims of empowering young women by boosting their self-confidence and lead to more females participating in sport again.

“You deserve to play whatever sport you want to play!” Keep Playing #LikeAGirl #AlwaysAdvice pic.twitter.com/As3OsK88Ya

The ‘Like a girl’ campaign was launched by the Always feminine product brand. It is designed to help increase a girl’s self-esteem by showing images and videos in the media of girls breaking stereotypes. It encourages parents, teachers and coaches to use the campaign to make girls believe that they can do anything. By playing sport, their confidence will increase. Since the beginning of the campaign in 2014, its flagship video “keep playing #likeagirl”, has been seen by over 63 million people.

‘This girl can’ is a sports campaign created Sports England and since the campaigns birth in 2015, 2.8 million 14-40 year olds have taken up a sport because of the campaign.

The campaign shows ordinary women exercising, without the pictorial airbrushing, frequently seen in the media. This decision was made because many girls are discouraged from partaking in a sport because they don’t believe they will fit in. Sports England believes that by showcasing ordinary women exercising in the media, young girls will be inspired and take up a sport. As a result of the girls playing sport, they will become more confident in their everyday lives.

The ‘this girl can’ campaign has impacted many girls lives across the country. One girl is Megan originally` from Bristol now residing in Cardiff. The campaign inspired her to take up hockey, which she has carried onto university. To hear more of Megan’s story watch the video below.

‘For the girl’ is a new campaign created by Girlguiding UK. It was launched off the back of the annual girl’s attitude survey the organisation has commissioned each year.

The survey found that 41% of 11 to 16 year olds did not participate in sport/exercise because of their low body confidence and the fear of being judged by others. While a third of girls aged 11 to 16 say they don’t have the same access to sports as the boys at school.

The organisation aims to increase girl’s confidence by getting young girls to become members of the organisation. Once they are members, the girls will then be able to take part in activities within Girlguiding aimed at increasing their self-confidence. Girls can participate in sports not typically offered in school such as archery, and water sports as well as the traditional sports.

Local Cardiff Brownie leader Hannah, 24, said “the age group that I work are at a point in their lives where their self-confidence is just starting to be affected by outside factors. The girls come into my unit aged seven with few cares and can leave aged ten, worried about how they look and what others think of them. Often we do exercises or play sports in teams as this helps the girls develop their confidence as each girl has their chance of leading the team to victory.”

Hopefully, by girls taking part in either of these three campaigns, their self- confidence will increase, and we will have a generation of young women able to tackle all that life throws at them.

New dessert shop sets out to make some dough

We have skills: employ people with disabilities says Cardiff campaigner

“A new lockdown will be the final nail in the coffin”: Cancellations on the rise as city pubs and restaurants deal with Omicron