Bullying about appearance should be avoided in Cardiff

What should we do in the school to stop bullying based on education?

More than half of young children in Wales are in the risk problems with mental health, school attendance and depression because of bullying, according to a Cardiff-based charity.

The report revealed that 55% of children in England and Wales between 11 and 16 years old have been bullied about their appearance. Also, overweight, body shape and wearing are the main reasons why children encounter bullying through these findings.

“Any bullying is abuse. It can affect children’s school attendance, behaviour and performance at school,” says Alistair Love, an Action for Children spokesperson in Cardiff. “Bullying can damage children’s self-esteem and be detrimental to the child’s mental health. Children’s experiences of bullying can also affect them negatively even through to their adult years.”

According to the YMCA England & Wales which shows that over half of children who experienced bullying became anxious and 29% suffered from depression. While it found that 60% children changed their appearance after being bullied.

The question about how we can do to protect children from the bully is a significant social topic. Otherwise, the Government, schools and parents should pay close attention to this issue.

Education could be one of the significant aspects of solving bullying. According to UK government, “by law, all state (not private) schools must have a behaviour policy in place that includes measures to prevent all forms of bullying among pupils.This policy is decided by the school. All teachers, pupils and parents must be told what it is.” Although this law requires the school to introduce the lessons to educate students. However, it seems not work effectively in some places.

“It’s crucial that we teach young people how to feel comfortable in their own body and that looking different isn’t a bad thing. Educating young people about the effects of bullying alongside body confidence will help to tackle this issue where it’s most prevalent, schools,” Denise Hatton, the chief executive of YMCA England and Wales said in a report. Education should teach children why respecting others is a significant part of the rule of morality. Also, children should learn to think about what will happen if they are the victims of bullying.

“Tackling bullying within education remains a key priority for the Welsh Government,” says Welsh Government through the report called “Welsh Government response to the annual report of the Children’s Commissioner for Wales 2016-17”. “We regard the safety, security and well-being of children and young people of paramount importance and expect schools to adopt a zero-tolerance approach to all forms of bullying.”

In addition, the external environment is a significant part of solving the problem of bullying. On 29 September 2003, Welsh government published the ‘anti-bullying guidance’. It aims to help the school to solve the problems of bullying.

Last year, the Welsh government has brought up the ‘anti-bullying guidance’ again. They asked headteachers and governing bodies should establish the policy to prevent various ways of bullying among pupils. Welsh government strongly believe the school should challenging the bullying and establishing the happy and safe environment for students. This will show that the bullying is not acceptable in the school among students. This is a signal that Welsh Government has noticed the situation of bullying in school. 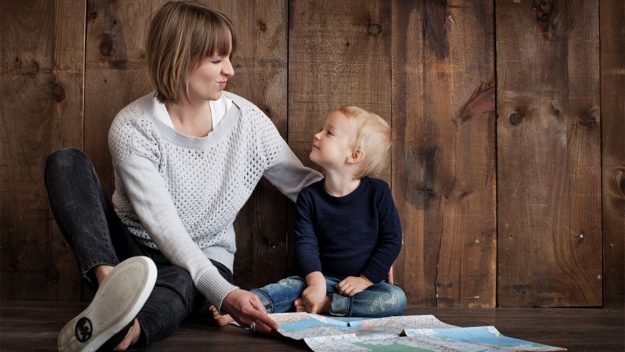 In addition to the school education, education from parents is also significant for children who have been bullied. The report from YMCA England & Wales points out that young people are suffering silence after bullying. Their parents might be the closest people they have. Therefore, parenting is playing a significant role in protecting children mental health from bullying. “The most important thing what parents can do is talk to your child. Try and get them to open up to you, then you can decide together how to tackle the problem,” says Action for Children spokesperson.