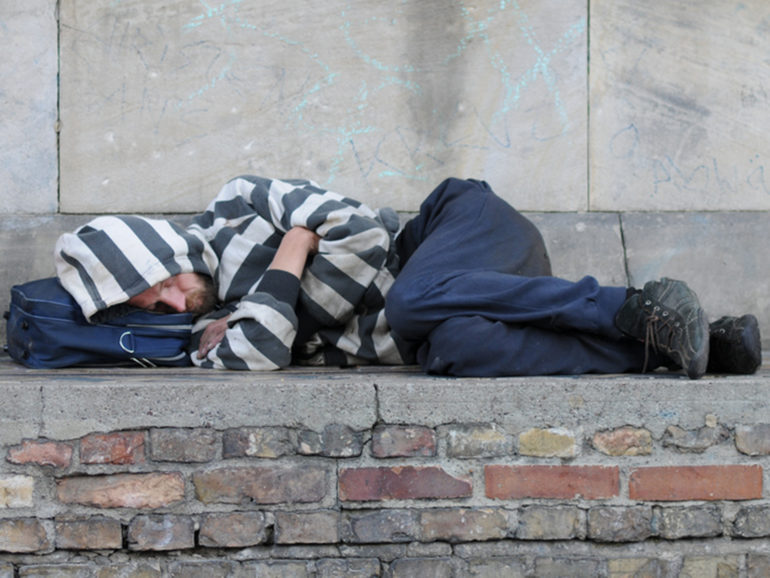 THE number of rough sleepers in Cardiff was at a six-year-low last week, according to a cabinet member for housing and communities.

“I am enormously proud that the work that the outreach and multidisciplinary team do makes a real difference,” Coun Thorne said.

She cited new mental health specialists and multidisciplinary teams, put in place after securing a grant from the Welsh government.

The count takes place every night across the whole city and includes people who are sleeping rough, regardless of nationality or immigration status, but not people staying in emergency accommodation.

The charity Huggard, which houses people who are sleeping rough, said these figures tend to fluctuate.

Spokesperson Lee O’Shea said: “It all depends on the weather and circumstances.”

He said that on busy nights the centre might house up to 125 people, 90 on a quiet night – but that these are not all rough sleepers.

At this time last year, charity The Wallich were supporting 28 people per day with rough sleepers’ intervention teams.

But Mr O’Shea said it had been a busy time for Huggard. “It’s probably the busiest I’ve ever known the centre and I’ve been here 13 years.”

The Welsh government is due to publish its annual report, the National Rough Sleeper Count, next Tuesday.

Cardiff Council are also starting a review of its services for single homeless and vulnerable people and is expecting to make more announcements.