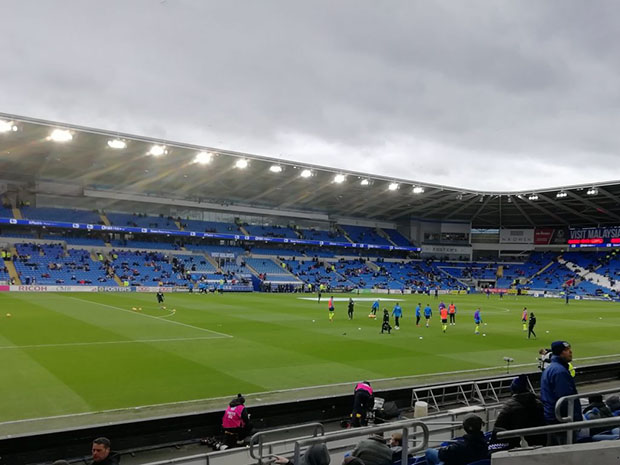 Bluebirds hoping to turn all those draws into wins at last

CARDIFF travel to bottom side Luton Town on Saturday looking to pick up a valuable three points.

The Bluebirds haven’t visited Kenilworth Road since 2007, and a win could see them cut the gap to the play-offs to four points.

New signings Albert Adomah, Dion Sanderson and Brad Smith are all in contention to start as Neil Harris’ men try to bounce back from FA Cup defeat in midweek.

Josh Murphy, who scored twice in the penalty shoot-out loss to Reading, has given Harris a decision to make out wide with the addition of experienced wide man Adomah.

Cardiff have drawn seven of their last 14 league matches and will need to turn those draws into wins if they are to have any chance of returning to the Premier League – starting in Bedfordshire on Saturday.

We asked three Cardiff fans for their thoughts on the trip to Luton and where they see the club under Neil Harris nearly four months into his tenure.

“Well of course Luton are bottom of the league so I’d hope we can turn them over away. We have been so up and down recently that it’s hard to predict if we will even turn up,” said City fan Jack Lake.

“Things seem to be settling under Neil Harris now but there needs to be more consistency to have any hope of making the play-offs.”

Dan Lebeau, a Cardiff fan who has attended 33 of Cardiff’s 36 games this season said: “When a new manager joins a new club, I believe there will always have to be a period of transition, finding his best squad and tactics.

“We have been up and down since he joined but I think given a summer break and transfer window he can bring his own players in and really mould the squad into something that he can work well with.

“I am currently taking every match with a pinch of salt and trying not to let the result get to me, Luton being no exception, especially after the way they performed against us earlier in the season.

“I’m not expecting anything big this season and believe at the moment play-offs are an unrealistic push, but the club have proven me wrong before.”

Sam Thomas, 21, thinks the football under Harris has papered over the cracks.

“We’ve been picking up way too many draws and we perhaps should have lost just as many as we could have won,” he said.

“Without giving the manager the funding to put his own stamp on the team, I find it tough to see how we can expect to see great improvement.

“A win at Luton could be a confidence boost to a few of the more inexperienced players and picking up consistency is crucial if we’re hoping for a shot at the top six.”