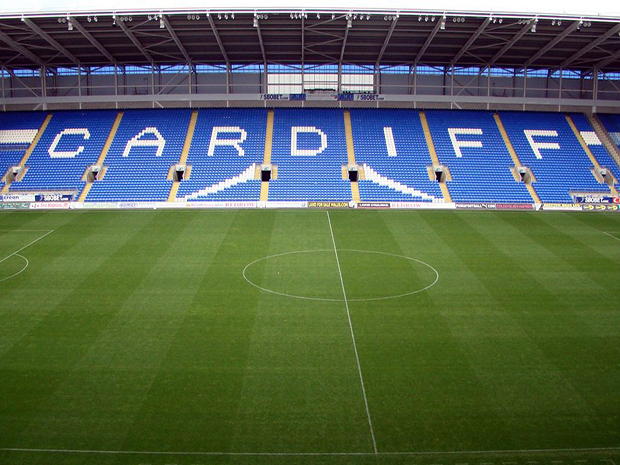 CARDIFF City will be hoping to give their Championship play-off hopes an added boost as they host struggling Wigan Athletic tomorrow afternoon.

The Bluebirds are unbeaten in six league games, and this week secured back-to-back away wins for the first time this season.

After beating bottom-placed Luton at the weekend, goals from Josh Murphy, Will Vaulks and Callum Paterson fired Neil Harris’ side to a 0-3 victory over Huddersfield Town on Wednesday night.

The win over the Terriers meant Cardiff moved into eighth place in the SkyBet Championship, just four points off the play-off places.

However, despite their good form, a typically reserved Harris has insisted that he won’t allow his side to get carried away.

“We have to be respectful to the fact we are not on a huge run,” said the Bluebirds boss at a press conference today.

“We are building and we have given ourselves a great chance, but I don’t want to get expectation levels too high.

“We have still got a long way to go, and loads to improve on – form is temporary.”

Harris has also said that all eyes are placed firmly on this weekend’s game – and his side would be right not to get ahead of themselves.

Despite still lingering in the relegation zone after a 13-game winless run earlier in the season, Wigan have begun to turn their form around in the new year, beating title-chasing Leeds away from home two weeks ago.

Cardiff have also only won twice in their last 15 league encounters with the Latics, and Harris is fully aware of the dangers that his side’s opponents can pose.

“I went to watch them [draw 2-2 with] Middlesbrough on Tuesday evening and they put in a fine display until [Chey Dunkley’s] red card,” he said.

“They’ve got individual players who can cause you problems, but we focus on ourselves – the players want a happy dressing room.”

Striker Kieffer Moore, who was subject to a rejected £2.3 million bid from Cardiff last month, is likely to be in action for Wigan, despite only scoring once in his last five appearances.

“We were linked with Kieffer, so we are aware of his attributes and talents,” said Harris.

“Keeping him quiet is a big part of stopping Wigan.”

As he did in midweek, Harris may opt to select an unchanged squad to face the Latics, after admitting this weekend was too soon for Joe Ralls’ return.

“Joe is doing really well,” said Harris. “We are hoping he will come through training today and tomorrow morning.

“Everyone has come through Wednesday unscathed – it now comes down to the players.”

One player who will likely be first on Harris’ team sheet is winger Josh Murphy, who of late looks to have converted his occasional flashes of brilliance at the start of the season into consistent, confident performances.

The former Norwich man opened the scoring for Cardiff against Huddersfield, and his manager says it is crucial to keep him focused and ensure his good form continues.

“With Josh, ability is not a question, is it?,” said Harris. “Everyone knows his capability.

“But you want players in form, with confidence and what the manager demands with or without the ball.”

Murphy’s change of fortunes could be seen as indicative of the squad as a whole, with Harris admitting that his team is a much better group now than it was a few weeks ago.

“We’ve got the spirt and togetherness,” he said. “At Luton we had to dig really deep and then Huddersfield is about as good an away performance as you’re likely to see in the Championship.

“We are in a good position – the teams above us will look over their shoulder if we win on the weekend.”

Cardiff have a mixed bag of fixtures over the next few weeks, with clashes against top-six teams falling between visits to easier foe in Barnsley and Stoke City.

The Bluebirds will face competition for a place in the play-offs from teams including Fulham, Brentford, Bristol City, Nottingham Forest and Preston North End.

Like Cardiff, Fulham are targeting an immediate return to the Premier League, but face a tricky run-in to May, with nine of their next 14 opponents all positioned in the top half of the table.

Meanwhile, Brentford face Birmingham, Blackburn and Luton before visiting the Cardiff City stadium on February 29, and Bristol City face the league’s top two in the space of a week.

Forest also take on West Brom this weekend, before facing Harris’ side on February 25, while Preston are up against Millwall and Hull City ahead of their visit to the league leaders.