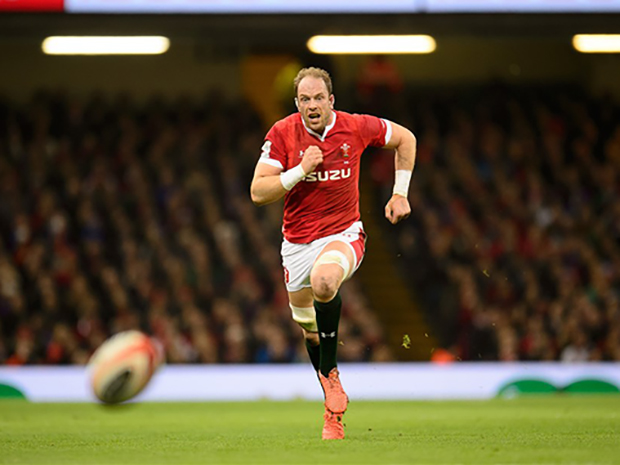 Six Nations: It's no holds barred for Wales against England

WALES face the tough task of travelling to Twickenham to face an in-form England side.

It is extremely unlikely that Wales will defend their Six Nations title after suffering back-to-back defeats against Ireland and France.

However, head coach Wayne Pivac warns that there will be an improved showing from the men in red.

Pivac said: “The level of intensity has noticeably gone up in training, certainly in the live stuff and it has been no holds barred.

“No one has been holding back. That tells me a big performance is coming.”

Experienced outside-back Liam Williams and back-rower Josh Navidi have been picked to start against England after their recovery from injury.

Taulupe Faletau, a favourite of previous coach Warren Gatland, will have to make do with a place on the bench as Navidi replaces him at No 8.

Pivac said that Faletau had picked up “a bump” while on club duty for Bath and has not trained fully.

Pivac said: “We think that Gareth had a go last week. Tomos had been playing well up to that point and we think he edges it at the moment.

“Webby brings a lot of experience and a lot of good communication as well as game management.”

Dan Biggar is fit to start at fly-half after an injury scare.

Biggar suffered a knee injury while playing for club side Northampton Saints and the Welsh management left it late to confirm whether he would play a part on Saturday.

“When he got the injury, if it was a Test match, who knows he may have played on,” said Pivac.

“At the end of the day, he’s come off, he’s been treated and the medical team have done a great job with him.”

Rob Evans will get his chance to force his way back into Pivac’s plans at loosehead prop after an injury to Wyn Jones.

Evans was a surprise omission from Wales’ World Cup squad and has found it difficult to return to prominence due to the form of Jones.

George North has overcome the concussion he received against France and Johnny McNicholl is named on the bench.

This means that teenage sensation Louis Rees-Zammit must wait for his first cap. after not being named in the squad.

Nick Tompkins gets a chance to play against his country of birth as he continues his run in the 13 shirt for Wales.

Reportedly rejected by England for being too small to play international rugby at centre, Tompkins will be keen to show what he can do against destructive ball-carrier Manu Tuilagi.

England have made two changes to the starting XV that dominated Ireland.

Mark Wilson starts at openside flanker, while Anthony Watson makes his return after recovering from a calf injury.

The change in the back row has been enforced by an injury to former Ospreys player Sam Underhill.

As against Ireland, England’s bench is split with six forwards and only two backs, suggesting that head coach Eddie Jones has set his team up to impose themselves physically throughout 80 minutes.

Like Wales, England have suffered defeat to championship favourites France.

However, England’s comprehensive victory over Ireland at Twickenham has Welsh fans worried that the men in red will suffer their third tournament defeat in a row.

Wales haven’t lost this many consecutively since 2007 – before Warren Gatland took over as head coach.

Wales captain Alun Wyn Jones admitted that the pressure is on but advised the public to be patient with Pivac.

Jones said: “It is uncharted territory for us after two defeats, but I do not think you can compare this season with the 12 Warren had.

“We can be reactionary and throw the baby out with the bathwater or we can step back and reflect that there is change.”

Though England are favourites, Eddie Jones is wary of a Welsh resurgence.

“Wales are a very tough, well-coached side and they’ve been building on their attack since Wayne Pivac has taken over,” he said.

“They beat us last year, so we owe them one.”

The game kicks off at 4.45pm on Saturday, March 7. It will be aired on ITV with coverage starting from 3.50pm.