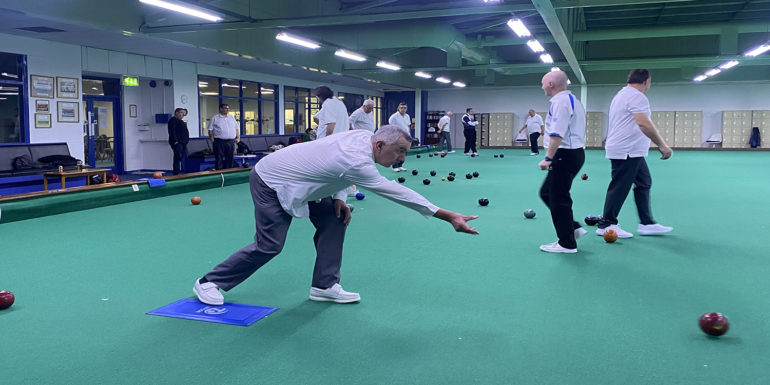 “This has been his salvation”

THE end of the national lockdown has been marked by members of the Cardiff Bowls club returning for the indoor season.

The club, based at Sophia Gardens in Riverside, was forced to close due to the restrictions on non-elite sports.

However, the lifting of Wales-wide restrictions has seen the return of some local bowls leagues and has begun to bring the community back together.

“In some respects, apart from just reduced numbers. We have been able to keep the club ticking over,” said Bernard Wilder, who has been playing bowls for two decades.

With more than 500 members aged 16 and over the start of the indoor bowls season, which usually runs from mid-September to mid-April, has provided a welcome relief.

Former Wales international footballer, Steve Derrett, who plays at the club during the indoor season said that he found the first lockdown challenging: “I’m retired, yeah, got nothing to do. It is difficult for pensioners”.

He described the atmosphere on returning to the club as “odd” and “strange”, with Mr Wilder adding that the lockdown “affected a lot of people’s morale”.

Additionally, the loss of the summer season for a number of local outdoor clubs meant that several bowls players have only just returned for the first time in 2020.

Tommy Rees (pictured above), who has played indoor bowls at the club for 26 years, said that the lockdown “killed the club” but members seem optimistic for the future.

“I think we are pretty lucky because we have quite a number of members that are retired,” Mr Wilder said.

Two of the club members, Hazel and Joe, described the club as being like a “family” to them and are hoping that there is not another lockdown in the new year.

“It would be a tragic loss for him, because he’s had his own problems and this has been his salvation,” said Hazel.