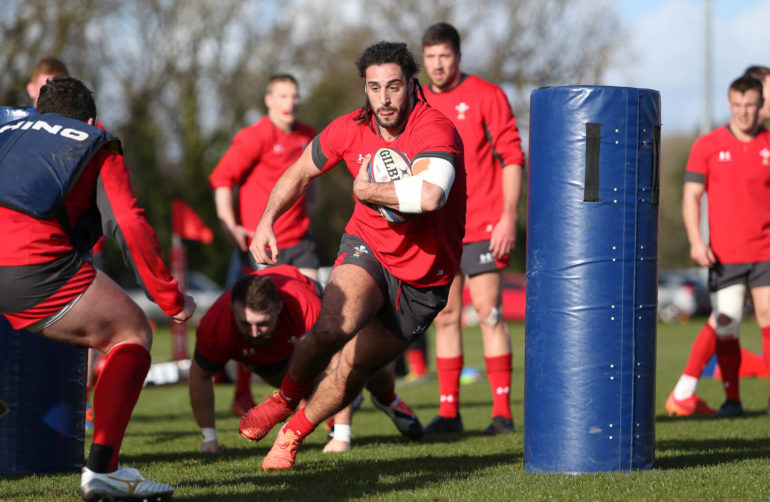 Wales face Australia and Fiji for the third consecutive tournament

WAYNE Pivac will be hoping that Wales’ experience against Australia and Fiji pays off after avoiding the ‘Pool of Death’ in yesterday’s World Cup draw.

This will be the third tournament in a row in which Wales face Australia and Fiji in the pool stages.

History will be made with Wales v Australia set to become the most played fixture in World Cup history. The two teams have faced each other seven times previously, with the Wallabies taking five victories to Wales’ two.

“There is a lot of experience in terms of players who played against Australia and Fiji in 2019.

“There is a lot of work to be done, but building depth is really important for us looking ahead to 2023 and hopefully we’ll be playing our best rugby at that stage,”

This will also be the fifth consecutive tournament in which Wales have faced Fiji in the pool stages.

Wales have benefitted after seedings for the tournament were based on rankings from January this year, as several teams such as Japan have not played any matches due to the Coronavirus pandemic.

As a result, Wales were placed in the top four seeds for the tournament alongside South Africa, New Zealand and England despite dropping to ninth in the world rankings.

This was due their success in 2019 which saw them top the world rankings, achieve a Grand Slam in the Six Nations and reach the World Cup semi-final in Japan.

Normally, ninth in the standings would have seen them face the ‘Pool of Death’ as they did in 2015 when they faced England and Australia, so Wales will be thankful that they have had a lucky escape.

Despite avoiding facing some of rugby’s highest seeded teams, Australia and Fiji will not be an easy challenge especially after Wales’ recent poor run of form.

Pivac noted: “I certainly have an affinity to Fiji having coached there in 2007. I’m really excited. It does give us a real focal point now and with Dave Rennie at Australia it’s going to be a big challenge.”

The tournament provides uncharted waters for many of a new-look Wales squad and it will also be Pivac’s first World Cup in charge of the national side after Warren Gatland’s departure last year. Under Gatland, Wales reached two World Cup semi-finals in 2011 and 2019.

Additionally, it is unclear whether Wales captain Alun Wyn Jones will still be able to play for the side in just under three years time.

The 35-year-old lock is the most-capped rugby union player in the world and has been a core part of the Wales squad since his debut in 2006.

“It will be a massive challenge for Alun Wyn Jones to ­make 2023, but if there is any player that can do it, then Alun Wyn is that guy. He looks after himself and prepares so well,” said Pivac.

The tenth Rugby World Cup will be taking place from September 8 to October 21, 2023, across nine cities in France.