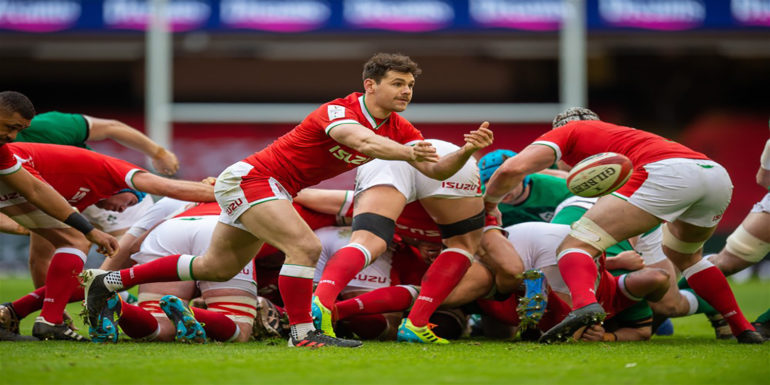 Can Pivac’s men face the pressure and seek revenge for their autumn defeat?

THOSE who have watched Welsh rugby over the years – if they were honest – would not believe that Wales were Grand Slam champions two years ago.

Should Wales lose to Scotland on Saturday, their championship hopes will certainly be over. Instead, they would be assured of finishing in a similar position at the end of last year’s tournament.

And they would have failed to get revenge for their defeat by Scotland in the Autumn Nations.

Despite the history books being in their favour, can Wales face the pressure and seek revenge against the Scots in Round Two?

Wales’ victory over a 14-man Irish squad was a thriller, but it wasn’t pretty. At times it was a strange and scrappy game to watch, with Wales making their usual frustrating line out calls and simple errors during the first-half. Big changes are needed for the Welsh side to sort out this pressing and ongoing issue.

“It was very difficult to get our hands on the ball and the possession and territory stats showed that right away,” said head coach Pivac.

“We talked about that at half-time and the third 20 minutes were a lot better and we managed to claw our way back into the game and get two scores ahead.”

On a positive note, there were notable performances from George North and Louis Rees-Zammit, who both produced fine second-half tries. Leigh Halfpenny made it into the history books as the sixth top overall points scorer in Six Nations history. Now, that is something to celebrate about.

Post-Ireland, Wales’ raft of injuries cannot go unnoticed. Dan Lydiate, Johnny Williams, Hallam Amos and Tomos Williams are all officially ruled out for the Murrayfield game. George North took a knock to the eye and has also been excluded from the match.

To make matters worse, both Nick Tompkins and Josh Macleod are also unavailable due to injury.

However, James Botham, Lloyd Williams and an uncapped Willis Halaholo have both been recently added to the team ahead of Saturday’s game. Welsh fans will also be relieved to hear that Liam Williams has been added back into the squad.

“It was very important we got a win, we’ve now got to re-focus as we’ve got a six-day turnaround before facing a very confident and very strong Scotland squad, to go and play in their backyard,” said Pivac after Sunday’s victory.

Scotland produced a rousing win against England for the first time at Twickenham in 38 years. However, that also came at a price. Scotland have their own injury issues with Redpath, Ritchie and Maitland all being lost.

If Wales lose, it would mean five consecutive wins in the tournament for the first time since 1984 for Scotland.

Can Wales face the pressure and get two wins out of two? Pivac’s men will be hungry to get a second victory on Saturday, no doubt. With Scotland going into Saturday’s game with a spring in their step, this is sure to be one hell of a spectacle.