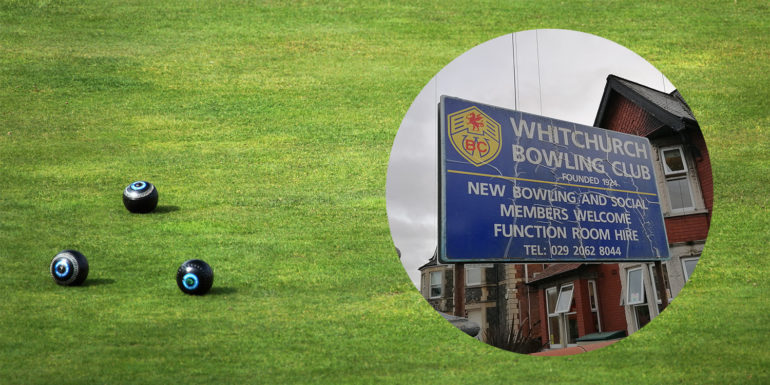 WHITCHURCH Bowls Club is unsure what the 2021 season will look like, but players are looking forward to returning to the green however they can.

For members, some of whom have not seen each other in over a year because of the pandemic, the sport is an important part of their social lives that has been interrupted throughout the last 12 months.

The Welsh Bowling Association has agreed on a calendar of events for the summer, but has said it is “too early to decide on what the season will look like”.

Whitchurch’s men’s teams play in the East Wales Private Green leagues. They expect their season to start in May and end in August, but the calendar could be pushed back by a month if required by Covid-19 regulations.

The club, which was established in 1924, has about 100 members aged between 10 and 98. Last summer, the club was limited to playing in-club competitions and friendlies against local clubs, such as Rhiwbina, Pentyrch, Penylan and Cardiff Athletic Bowls Club, with social distancing measures in place and restrictions on the number of players allowed on the green.

Club Secretary Tony Atherton said that playing bowls – despite the restrictions – was vital for the club’s members who were comfortable doing so, and he was hopeful that bowls would return this year.

Tony, 71, who has been involved in the club for 10 years, said: “We’re coming into this year looking to be able to start a season in April, but who knows? Maybe it will be a bit delayed again.

“At the very least, we’re hoping that everybody will be able to get up to the club and play some friendly fixtures, similar to last year. It’s a bonus if it’s better than that.”

Bowls is important for the players’ mental health and is an opportunity for them to socialise, especially for the club’s older members.

“The social side of it is very important. People make new friends and develop a circle of good contacts when they join a bowls club. There are social events, competition days where everyone is at the club, and there’s a nice bar,” said Tony.

“It was having an impact on them not being able to come out – they were really missing it.

“A lot of our members have been there for 20-odd years. When they finish the summer season, they go on to play indoors for the winter bowls season. None of us could do that this year.

“Fortunately, a lot of them are of a resilient generation. They grew up in the war, many of them, and so they are a very resilient bunch. I do know that it’s something they genuinely miss.”

The club, which plays on a private green rather than a council-managed and funded one, still needs to maintain its playing surface and cover its expenses, despite losing out on income from its bar and being uncertain how many players will renew their memberships this year.

The club has benefitted from a business rates rebate from Cardiff Council, and Tony says the generosity of its members has helped keep the club’s head above water.

“We’re doing reasonably well. We’ve lost some income and we’ve had a little bit back. We won’t know until March and the renewal of subscriptions how many members are still with us. Lots of them will be because they’ve been missing it.”

For Tony, who has been the club’s secretary for six years and helps maintain the green and facilities, the new season cannot come soon enough.

“I’m really looking forward to getting back to bowls. Like any sport, it’s competitive. A lot of our members have come into bowls having gone through a stage where they could no longer play football, rugby or cricket, but they still like competitive sport.

“Then you get people like me, who retired and had time to take something up, enjoy it and meet new people. Either way, people just love getting together and playing bowls. There’s nothing nicer on a sunny, warm afternoon.

“It’s a good game, everyone wishes each other well. There’s lots of banter, lots of jokes and, after the game, we’ll retire to the bar and have a couple of drinks.

“There’s a lot of people who many of us haven’t met up with in over a year now, so it will be good to see old friends again and renew acquaintances.”