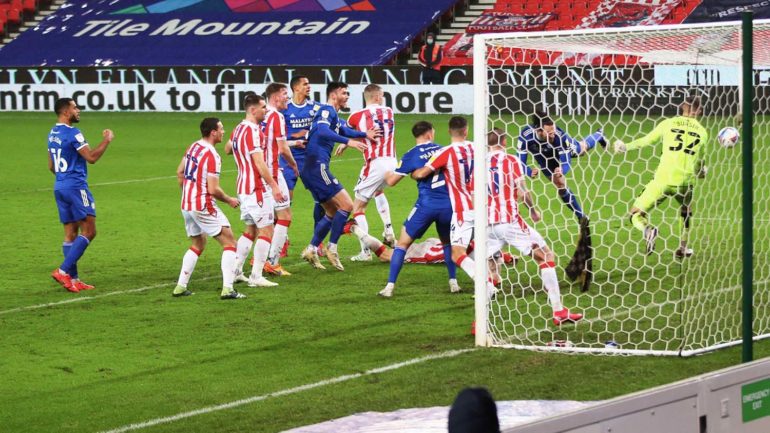 CARDIFF are looking to make ground in the race for the playoffs tonight after their impressive 11-game unbeaten run ended at the weekend.

While fans could take a realistic view of the defeat to Watford, given they sit 2nd in the table and have kept most of their Premier League players from last season, it still meant the Bluebirds lost ground on sixth-placed Barnsley.

What won’t be so easy to accept is the Watford winner, which came from a Masina free kick that beat keeper Dillon Phillips in added time.

After the game manager Mick McCarthy said: “It was very cruel and tough for the lads having worked so hard to keep a good team at bay for a good while. I thought the lads acquitted themselves very well.”

The mission for promotion is still clear to Cardiff after the loss. Full-back Perry Ng said: “The gaffer said a few words and a few of the lads said that we just need to go on a new run now – that’s all we can do and we’ll be looking to do that on Tuesday night.

“I don’t think teams like coming here and we’ll be looking to make it tough for Stoke City and hopefully get the three points.”

Stoke are 11th and have been in poor form, winning one in their last five. They lost 3-0 to Middlesbrough on their last outing.

A win tonight could give Cardiff the 7th place spot if Bournemouth lose to third place Swansea.

McCarthy will want all three points to keep the play-off dream alive with games running out in the Championship season. Cardiff fans will also want to see a return in form ahead of the South Wales derby on Saturday.

Stoke are still missing forward Tyrese Campbell who went out with a knee injury in December and Nathan Collins is yet to recover from a fractured foot.

Cardiff are missing right-back Jordi Osei-Tutu who is recovering from a hamstring injury, Lee Tomlin due to a groin injury and Joel Bagan with a dislocated shoulder.

Kick off is at 7pm and the game will be available to watch on Cardiff City TV and via the red button on Sky Sports Football.