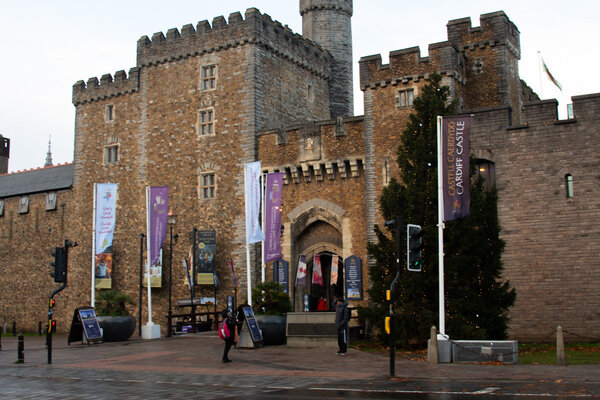 TODAY is Welsh Language Rights Day, with people in Cardiff and across Wales celebrating their right to speak their native language.

The Senedd passed the Welsh Language Measure 11 years ago today, which confirmed Welsh as a language of equal legal status as English.

#MaeGenIHawl (I have the right) has been used frequently on Twitter as a way of celebrating the day and reinforcing the rights people have for use of their own language.

These include the right to have documents and emails, the ability to apply for a job, access websites and read signs — all in Welsh.

“I am aware of my rights as a speaker, and I try and use Welsh language services as much as possible.

“My phone settings are in Welsh, and I use the Welsh language settings at the tills in Tesco, McDonalds and similar places.

“I think more should be done, maybe the government could do more to promote Welsh language rights and make people more aware of our rights as Welsh speakers.”

What is the Welsh Language Measure?

Originally passed by the National Assembly for Wales in 2010, the measure created the Welsh Language Commissioner post (currently held by Aled Roberts) and declared that Welsh has official status in Wales.

The measure ensures Welsh is treated no less favourably than English and investigates interferences which may affect people’s freedom to use Welsh in their daily lives.

Other rules that organisations based in Wales must follow include having a Welsh option when making phone calls and being able to receive swimming lessons in Welsh through the council.

From a non-Welsh speaker perspective, Archie Archibald, 21, who is originally from Dorset, but is living in Cardiff to complete his studies, said: “As an English person living in Wales, I think the Welsh language is often underrepresented.

“Honestly, I didn’t know the day was happening.

“Cardiff is a multicultural place, but I think sometimes that the Welsh identity has been lost. It’s really sad that Welsh people were stopped speaking Welsh by the English and we need to try and do as much as we can to make up for it.”