The 30,000 pounds artificial Christmas tree has finally stranded outside Cardiff Castle after a long ship journey from China on 26th November.


The Christmas tree is authoritatively estimated as 40 meters tall, the tree-shaped structure covered in golden baubles and pre-attached decorations.
The council said that it should be a “spectacular addition to Cardiff’s Christmas offering.”

Some people prefer the traditional one.
“I like the tree. It is beautiful, but compared with last year’s tree, I think it is better for the traditional one,” Jason, a local residence from Cardiff said.
Last year, insurance company Admiral sponsored the main tree outside Cardiff Castle.
Some oppugn its value.
“It’s nice, but when I heard how much money it spent, I think it is too much really for something like that. For me, I think it is a bit OTT (over the top), maybe for people more enjoyable, it looks really nice, but money could be spent on other things,” Michael Rix, marketing, said.
It becomes pop topic on twitter. 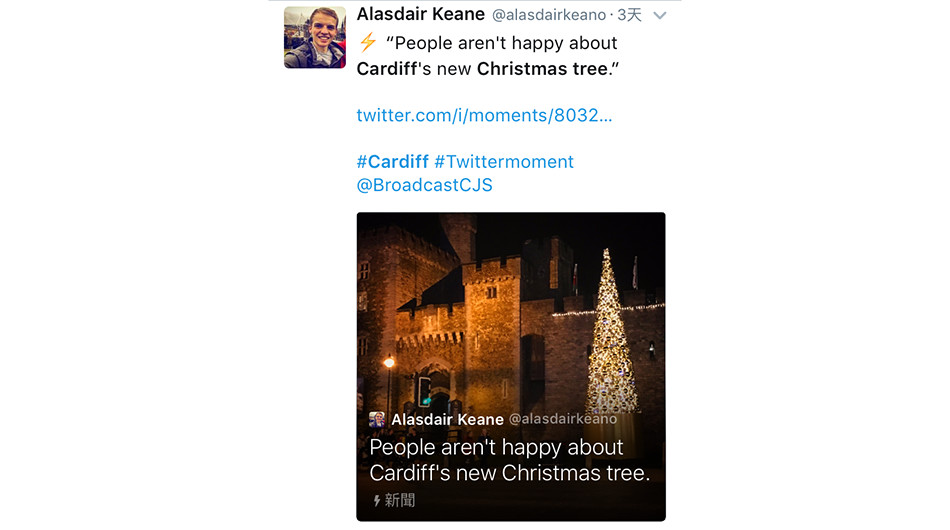 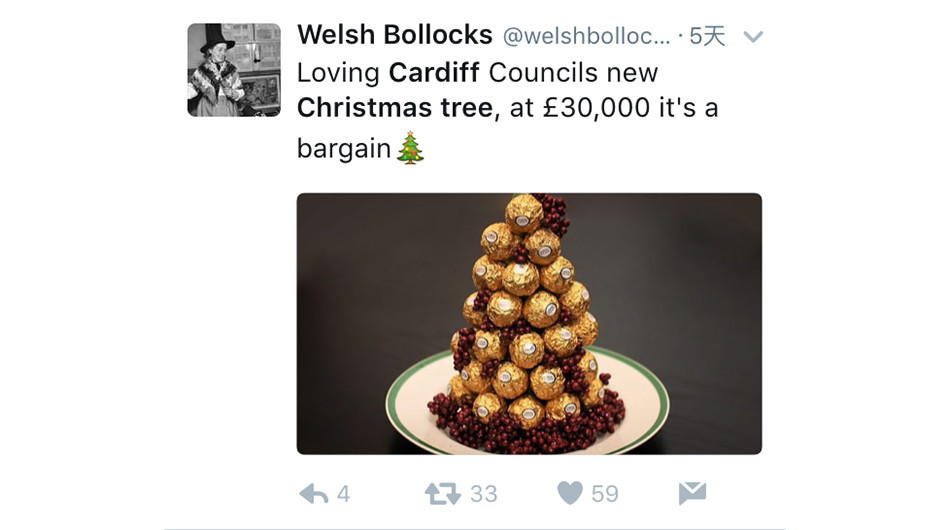 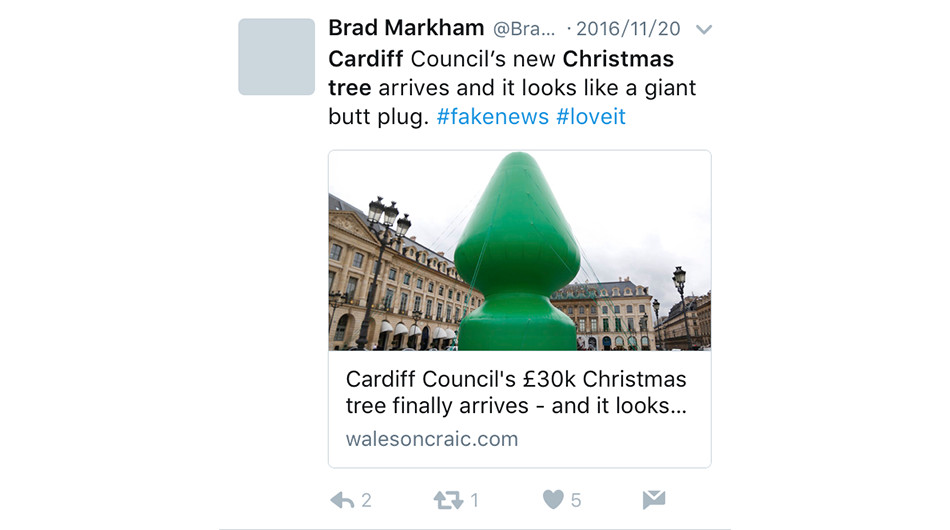 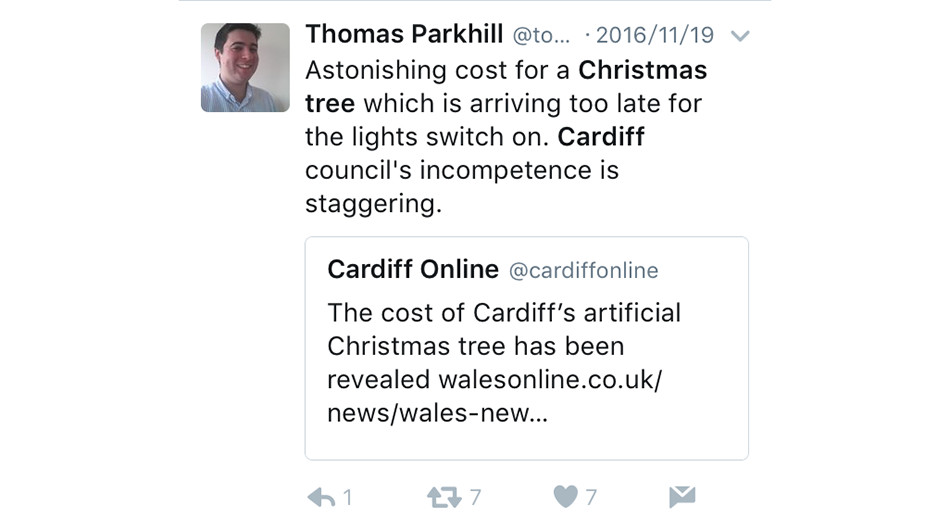 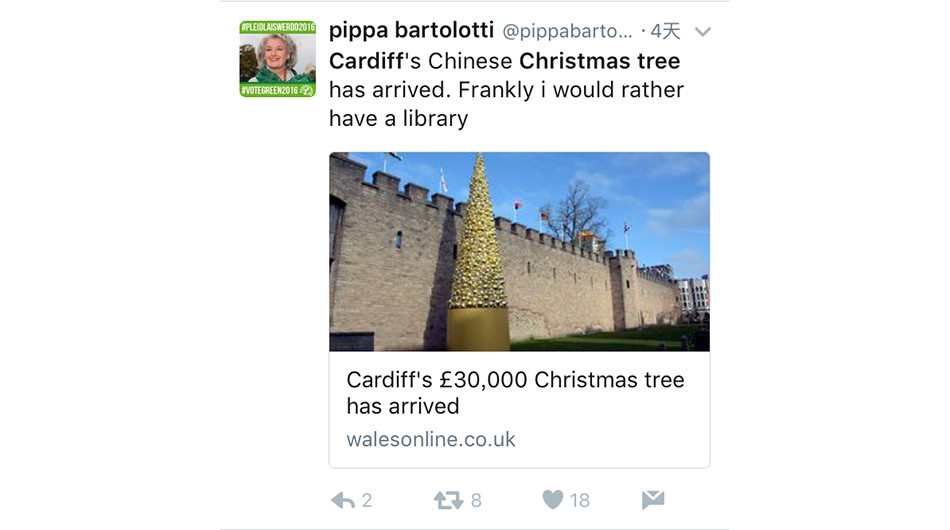 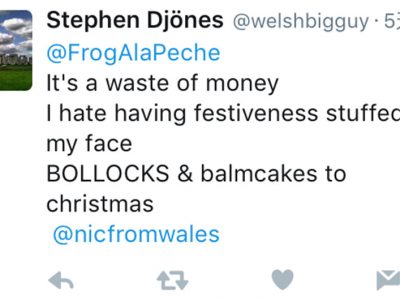