What do you think about prime minister Theresa May's leaked Brexit recording?

The Guardian on Tuesday released details of a recording of Prime Minister Theresa May at a secret pre-referendum meeting with bankers at Goldman Sachs in which she told the investors about the dangers of Britain leaving European Union, a stand different from what she seems to be trying hard to support. Most people felt disappointed. We bring you their reactions to the news. 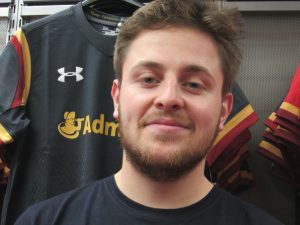 She said a long time that we shouldn’t have left.  But she also said he is going to stick to it no matter what because that is what people want, which I don’t agree with. I wasn’t mad about the recording because there are lots of things we don’t know about but we should just accept. They are going to try but I don’t think there’s a plan [post Brexit]….they just jumped out of the boat and are leaving everyone else to deal with it. 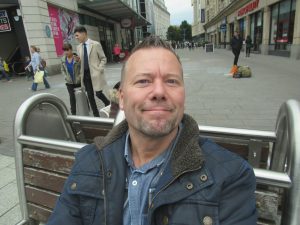 I think at the time she believed in 2010 what she believed…now that she  has this new  job as prime minister, she has toll the line now, she is now heavily for the Brexit and because she has no choice, she has to get behind it as prime minister because the public voted.  I’m disappointed that she changed from her 2010 belief, she should be making reference to her 2010 beliefs. Post Brexit plan, I think we will get there. 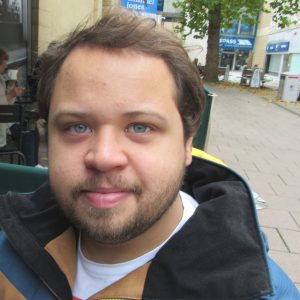 I feel disappointed about Brexit. I voted to stay in Europe. Now that we are out, I hope to get not a hard Brexit but a soft one, having a freedom of people, and things like that.  [ the leaked Brexit recording] She wasn’t our prime minister so she could have had more influence on Brexit but as David Cameron was our prime minister, more emphasis was on him. However as a politician, she could have done more, she should have not just talked to the banks, but consulted with the public as well, not just the banks, it is not just the banking system, we are the people of the United Kingdom. Not many people thought Brexit would happen, they thought the banks were there, and pumped a lot of money, and we are not going to leave, and we have, that’s why our currency is bad, and we are in a bit of a state of affairs. Our situation will get worse. My friend is an economist and she said we will be losing money, left right, right and centre. We can’t change Brexit now but I would hope that Theresa May would have a softer Brexit, not a hard one. We don’t want Scotland to leave…it will reassess itself because it voted to stay. She should go there [European Union] and say we want to have relations, and a better relationship with you although we have left. 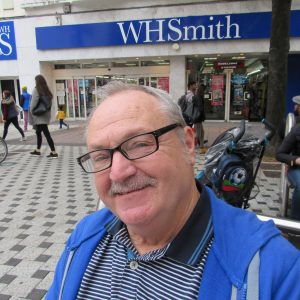 I don’t think she is a very good prime minister… She says a lot like all politicians but doesn’t answer the questions that are put to her. I don’t believe she knows what she is doing … I don’t think she knows what she wants to do…that loner of a conservative government…. I voted to remain but accepted that we are going to leave, I’m a labour, but she is not giving us any information. [post Brexit plan] she is playing this day by day. I think we’ll end up a second tier nation. ..I don’t think this Brexit thing is going to help us at all, to me, Britain needs all the help it can get. All I want to know is the truth…What is Brexit going to be like…[Theresa May] should be honest with us which is very hard with politicians…all I really want is the truth to come out, Mr Boris Johnson, one minute he was for Brexit, now….I voted remain and still think we remain, but I try to accept it. I’m disappointed that she didn’t go to the country for elections, only 300 MPs voted her. 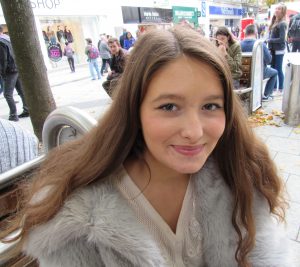 I’m not shocked about the recording…We didn’t get quite a lot of information on Brexit, there wasn’t a lot of information on it, a lot of it was masked, and a lot of people who voted, were voting against the Tores, and  they were unhappy with the policies they had implemented in the beginning. I am not happy with Brexit. I’m worried there is no post Brexit plan. And disappointed there is no elected prime minister…I don’t think it [Brexit] is going to be good for our economy. But I don’t think the whole Brexit thing was targeted at the everyday person, it was directed to make them feel angry at the current situation in the economy instead of fixing it in the EU. If I were to meet Theresa May, I would be angry, I would ask her why we can’t have another referendum, if she said that [supported Brexit] in the recording, then we can do this again. There was a petition to have another referendum and wonder why she wouldn’t want us to have another referendum. And I would like to know why we can’t have an elected prime minister 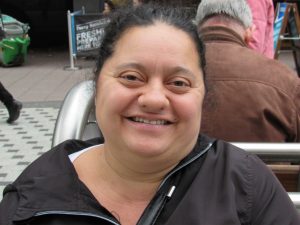 I think Brexit was a bad thing for the country as a whole. I’m not sure about where we have got to. She should have told it to the whole country not just the bankers. I’m worried about the future, I’m worried about my children, because everything is going to get worse now.  [Theresa May] Be straight with everybody and tell everybody the truth. 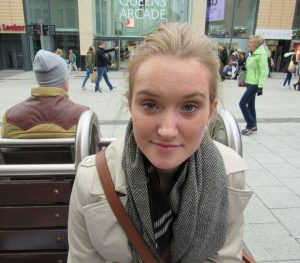 …I think it is important that everyone makes their own mind with the help of politicians, and kind of sticks to what they voted for, and hope they made the right choice  but the politicians did the wrong research on Brexit before voting.  They should research before voting to make an impact. What everyone would like to know is the outcome [of Brexit decision].  There is no [post Brexit] plan, they haven’t really outlined any plan, but I guess we have to put our trust in them…and hope for the best. I would like to know what outlook she [Theresa May] thinks we should hope to achieve from Brexit. She should bear in mind the European culture and what it provides for the economy.