How do Cardiff women make a difference? Media students from the University of South Wales plan documentary to discover.

The United Kingdom is one of the most gender equal countries in the world, with plenty of opportunities for both men and women. From the 145 countries analysed in the 2015 Global Gender Gap Index, the UK is only 18 places away from Iceland’s top spot.

However, people tend to focus on the negative. ‘For every £100 a man earns, a woman earns £83’, and ‘Iceland still has narrow gender gap’ are common sentences in many reports. While there is a long way to go, Media Production finalists at the University of South Wales want to challenge the narrative and focus on the positive elements of countries with a lower gender gap.

The Gender Initiative is their story about how far Britain has come in making the workforce equal.

For project director, Alex Rowe: “Gender equality is so broad and it is constantly changing. With all the talk around the sanitary tax, I started developing ideas for a project. It wasn’t until I stumbled on an interactive article on BBC online (‘How equal are you?’) that I thought of comparing the two countries. There is little positive coverage on countries with lower gender gaps.”

‘What has changed for women in the UK in the last years? How is it still different from Iceland?’ are some of the questions Alex’s team want to answer.

While the documentary will have a positive outlook, the team will not ignore gender equality issues.

“Our aim is to discuss equality openly between the two countries which includes opinions and facts that are not positive. However, the overall documentary deals with equality in a positive nature as we are comparing two counties within the top 20 in the world,” says Alex.

The documentary will be finished in early April and it will have a focus on Cardiff’s role as a UK city.

The attention on the Welsh capital comes from the team’s personal connection to the area. The team has studied in the city for three years, and as almost-graduates they want to understand the world they are about to enter.

However, there will be an effort to explore other UK cities as the team are using statistics that look at the UK as a whole. 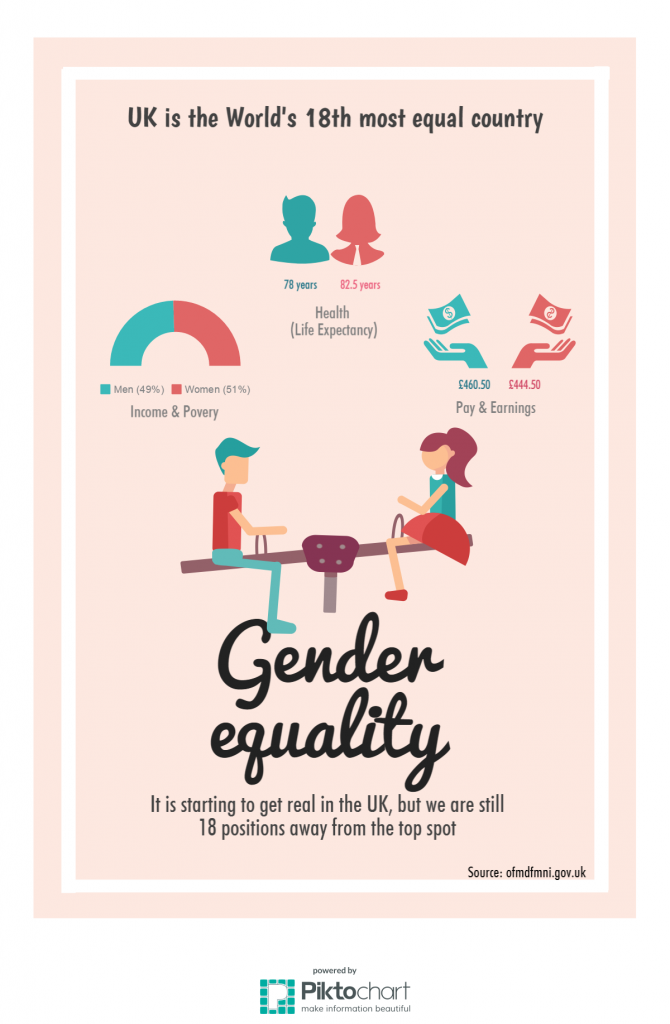 To raise support for the film, the students started an Indiegogo online fundraiser. The money will cover travelling costs in the UK and Iceland, but the documentary does not depend on the campaign’s success.

“We chose Indiegogo because it allows us to keep the money raised even if we don’t reach the goal, which is something that not all crowd funding sites do,” explains Alex. “But we will be putting our own money into this project and our University also contributes £50 to each person.”

The team’s main objective with the campaign is making people aware of their gender equality overview with a positive twist. They are also handing out ‘exclusive sneak peaks’ of the project to whoever offers their support.

“We want it to be a film people can be excited about. We think the best way to get this is to let people feel more included throughout the process,” says Alex who is thankful for the way the Internet has helped share the project.

But raising funds online is harder than it seems. “It is such a great time for anyone and everyone to voice their opinion, but it’s becoming increasingly harder to get noticed because of the variety online. It doesn’t take long for something to become completely saturated with a wave of similar videos or photos,” says Alex.

Social media has played a huge part in getting directly to the audience.

“It’s an easy way for large communities to discover the project and lets us keep people updated,” says Alex, “if you love what you do, there are always ways of making it work for you.”

While the Indiegogo campaign does not reveal much, there is already a lot of work done on The Gender Initiative movement.

“We are currently approaching the end of pre-production. Everything has moved so quickly with this project and we are working hard to try and make this documentary a fantastic way to end our university experience,” reveals the director.

Along the way, the team hopes to discover the differences between gender in the UK and Iceland in an inspiring way. It should help communities move forward instead of focusing on the negative.

Meet the team: Click around the picture to know who’s who 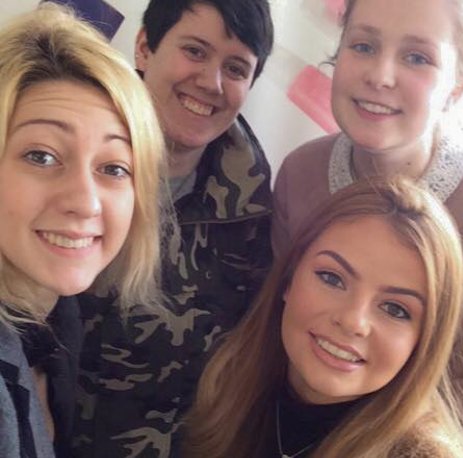 Interested? Look at some of the team’s previous work:

Blood Bikers Needed shows the world of people transporting blood by bike. The short trailer was featured on ITV.

The team has also done a promotional video for e.l.f.