Pop over the River Taff past the Pontcanna fields and the equestrian stables and you might find an array of community gardens in one massive allotment. 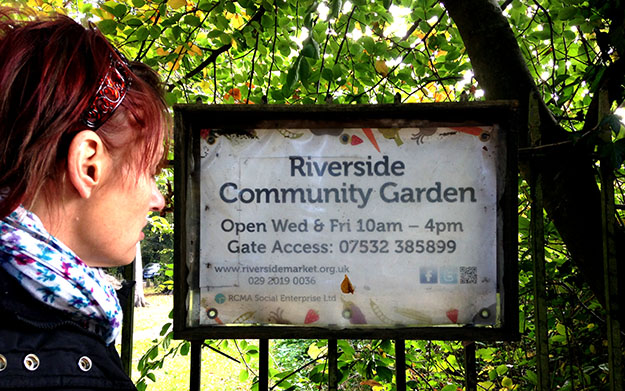 The Riverside Community Garden is run by the Riverside Community Market Association. With the reality of environmental crises and the consequences of packaged food — not only in waste but in transportation fuel — more people in different pockets around the world are seeking locally sourced food at farmers’ markets, and in gardens at home. 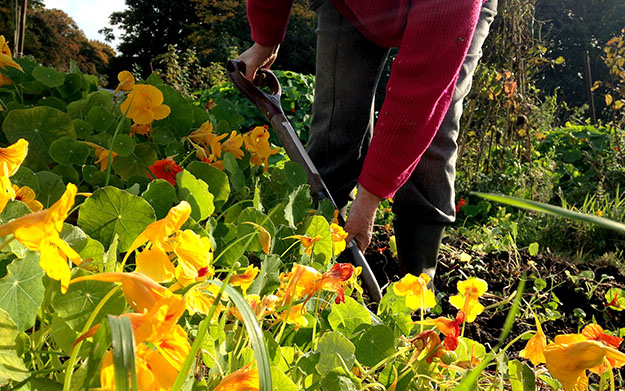 The gardens here in Cardiff are nestled between Bute Park, Llandaff Fields, and the main road that runs alongside it.

One gardener, a Welsh-speaker who goes by Jackie, says she grew up on a farm in West Wales, so the love of being outside in the dirt and fresh air is in her blood. “You’re getting exercise; you’re getting good food. Even though you’re in the middle of the city, we’ve still got the natural environment around.”

Jackie’s planted flowers for the bees, in the hopes that they’ll get to the pollen before the frost overtakes the blossoms.

These lots are separated by a patchwork of fencing that is living a second life: wire and wooden pallets line many of the gardens. 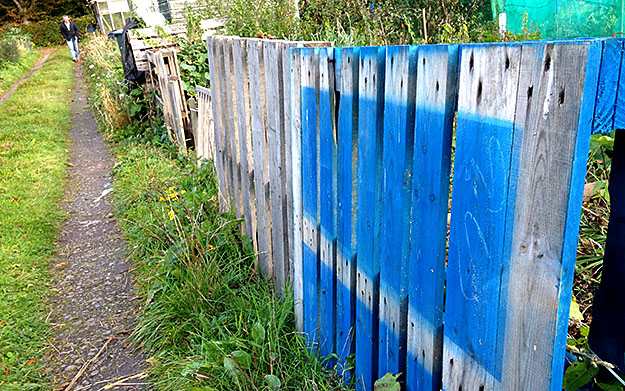 Community drives the project. The organization runs three farmers’ markets in Roath, Rhiwbina, and Riverside each week. There’s a stand near the entrance where gardeners can leave their excess produce for others to take — free. 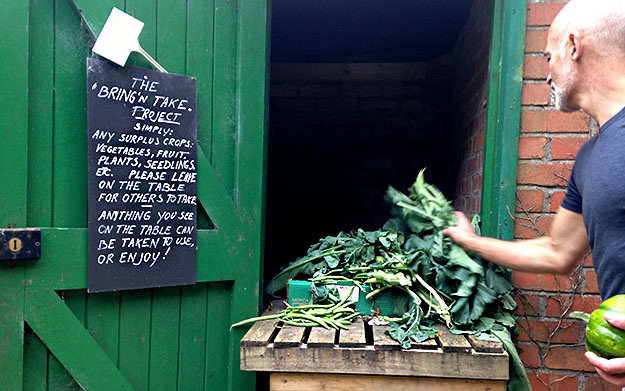 The idea of community garden allotments isn’t new. ‘Victory Gardens’ were planted wherever they’d fit during World War II as a means to generate more food while the public food supply was stretched thin by the war effort.

Today, the benefits continue to generate both morale and good, cheap food, though the realities of ongoing wars feel far away from home in the UK. 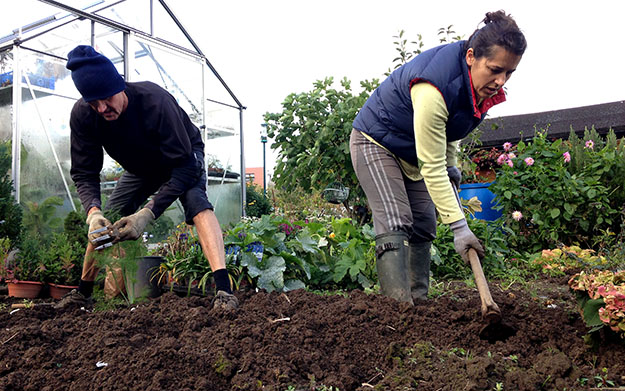