Why are there Welsh speakers in Argentina?

In 2017, the Welsh government announced its plan to increase the number of people who can speak Welsh to 1 million by 2050, but did you know that there are Welsh-speakers in Argentina? 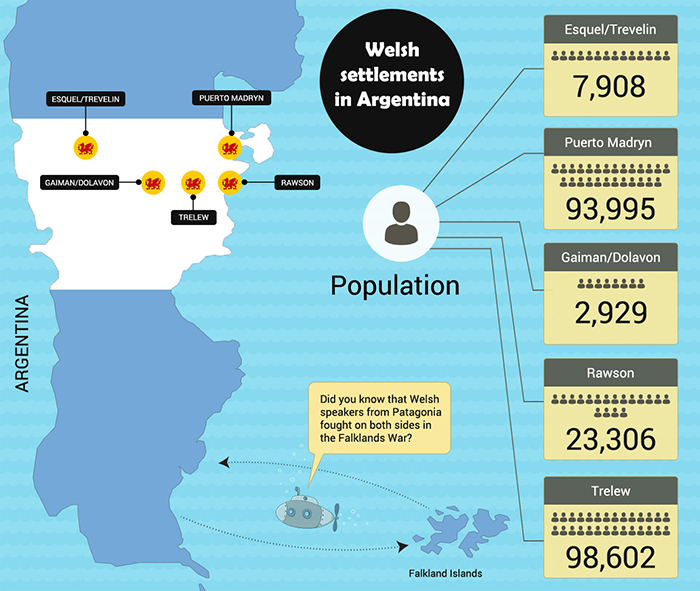 Cymraeg 2050 is the name of the Welsh government’s strategy to raise the number of Welsh-speakers to 1 million by 2050.

A 2011 census reported that 562,000 people in the country can speak Welsh, about one in five of the population.

The overall number of Welsh speakers in the world is estimated to be around 700,000. Naturally, the majority of them can be found in the UK.

However, one of the most unexpected places where you can hear Welsh is Patagonia, Argentina. The first Welsh people arrived in Argentina as economic migrants in 1865 and settled in the Chubut valley.

Michael D. Jones, a Welsh nationalist nonconformist preacher proposed setting up a Welsh-speaking colony away from the influence of the English language. Previously, he had spent some years in the United States, where he observed that Welsh immigrants assimilated very quickly compared with other peoples and often lost much of their Welsh identity.

Thus, in 1865, 153 people took the decision to cross the Atlantic to Argentina.They were carpenters, tailors, cobblers, brick-makers and miners. Men, women and children who were running away from the harsh economic conditions in Europe.

Here is their story: