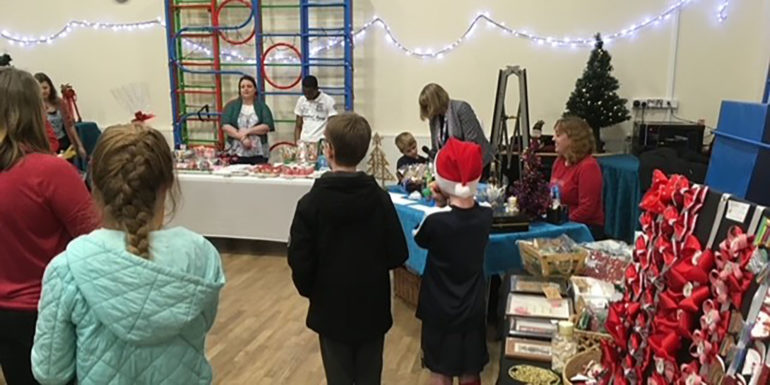 A CARDIFF school is ensuring that its Christmas fayre still goes ahead despite Covid-19 restrictions – by hosting it online.

Throughout next week, Birchgrove Primary School’s PTFA are holding a virtual market on Facebook before a day of fun and games on Saturday 28th November.

“The fayres are really big for us at Birchgrove Primary,” PTFA secretary Lucy Bradley said. “Over the last three years, our current PTFA chair Jo Read and her husband Paul Read have taken something that was always really good and made it spectacular.

“We’ve not been able to do a lot of the usual events that we put on, such as the summer fayre, and I didn’t want the Christmas fayre to be one of those things that just fell by the wayside.”

The fayre is traditionally a big event in the community and also acts as a showcase for local businesses.

With that aspect more vital than ever this year, next week the PTFA are giving businesses posting rights on their Facebook page to advertise their goods and services.

In return, they have made a donation to the PTFA fund. At the moment, 12 businesses have signed up who all have some sort of connection to the school, ranging from craft sellers to food outlets.

On Saturday Nov 28, families can buy tickets for £5 to get access to a private Facebook event where there will be live games such as bingo, Catchphrase and guess the teacher from their baby photo. The winners will be announced the following week and children given goody bags.

The school and the PTFA are keen to preserve as many traditional fayre elements as possible while remaining Covid-compliant. Instead of a craft table they are selling kits for children to complete at home, while the usual cups of sweets have been replaced by jam jars.

There will also be a raffle, a Christmas jumper sale and a uniform sale, with money handed to the school office in an envelope to make transactions as safe as possible. Activities that children can do at home, such as a Christmas cake decorating competition, are planned as well.

The Christmas fayre is always one of Birchgrove Primary PTFA’s biggest fundraisers, and in 2019 they collected £2,700 from the event. However this year they are expecting a fraction of that total, as coronavirus continues to hamper plans.

“We’re very proud that the PTFA usually raise around £14,000 annually which is fantastic,” Mrs Bradley said. “I don’t think we’ll get anywhere near that sort of level this year so there is going to be a big dent in our budget. It’s just about doing as much as we can with the money we have got.”

In a year that has seen several events cancelled and children in and out of school due to various restrictions, being able to hold a Christmas fayre provides at least a small sense of normality.

Mrs Bradley, who has a son in year six and daughter in year three at the school, as well as a one-year-old baby, said: “We don’t know how successful it is going to be, but I just want to make it as close to the real thing as we possibly can because the children have missed out on so much.”