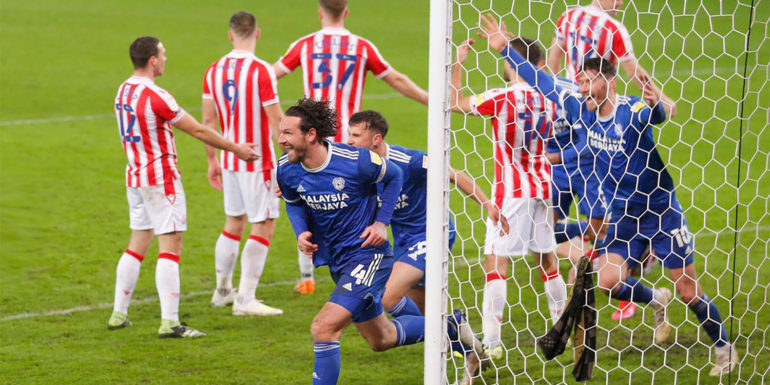 CARDIFF were rightful winners in a gritty away game against an injury plagued Stoke City team.

Neil Harris named an unchanged side from the team’s previous win at Watford but the team struggled to threaten the Stoke City goal in the first half.

Sean Morrison began a remarkable performance by scoring an own goal after Stoke winger Tyrese Campbell (son of former Bluebird striker Kevin Campbell) used his speed to power through to the right side of penalty box and slide a ball near the six-yard line.

The ball pinballed off a couple Cardiff City players before unfortunately bouncing off Morrison and into the back of the net.

Stoke seemed content to sit back and lower the tempo of the game, resulting in a game devoid of any real quality for the first 60 minutes. The Potters are struggling with a serious injury crisis which was not helped when their biggest threat Campbell was forced off just after half-time.

The Bluebirds initially struggled to retain the ball and put together passes to create threat on the Stoke City goal. Both teams relied on long passing but each set of strikers struggled to hold the ball up and bring teammates into attacking opportunities.

The game hit a major turning point when defender Sean Morrison made contact with the back of Stoke player Nick Powell in the Cardiff penalty box, conceding a soft penalty. Sam Vokes stepped up for Stoke but sent the ball low and centrally, allowing an easy save from Cardiff keeper Alex Smithies.

Substitute Robert Glatzel replaced Harry Wilson immediately after the penalty save and made a huge impact for the Cardiff City team. Glatzel injected some much-needed pace and tempo into the side as the Bluebirds pushed for an equaliser.

And it came in the 66th minute when Joe Ralls’ inswinging cross found an unmarked Glatzel at the far post, allowing him to comfortably bring the ball down before gracefully sliding the ball past the keeper in the far side of the net.

Stoke continued to sit back and looked comfortable to play for a draw in their home stadium, bringing on substitute Ryan Shawcross in hopes of solidifying their defence.

But their efforts were in vain as another Ralls cross, this time from a corner, found an unmarked Sean Morrison who made no mistakes in repaying the team for his earlier mistakes.

The powerful headed goal gives Sean Morrison his 100th win during his time at the club.

Cardiff were comfortable in finishing off the game with Stoke City looking toothless in attack, only having one shot on target during the duration of the game.

The result means that Neil Harris’ team achieve a remarkable fourth win in a row as they climb towards the playoff spots in the Championship table.

The win takes them to ninth place in the table, just two points away from sixth placed Stoke.

The team will now look forward to the South Wales derby on Saturday as they host Swansea at the Cardiff City Stadium. 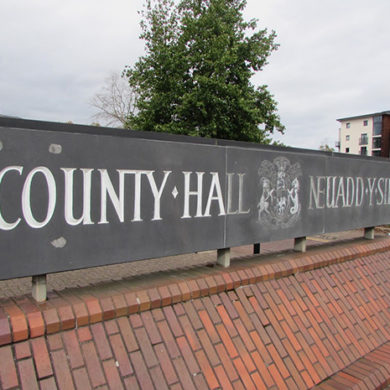