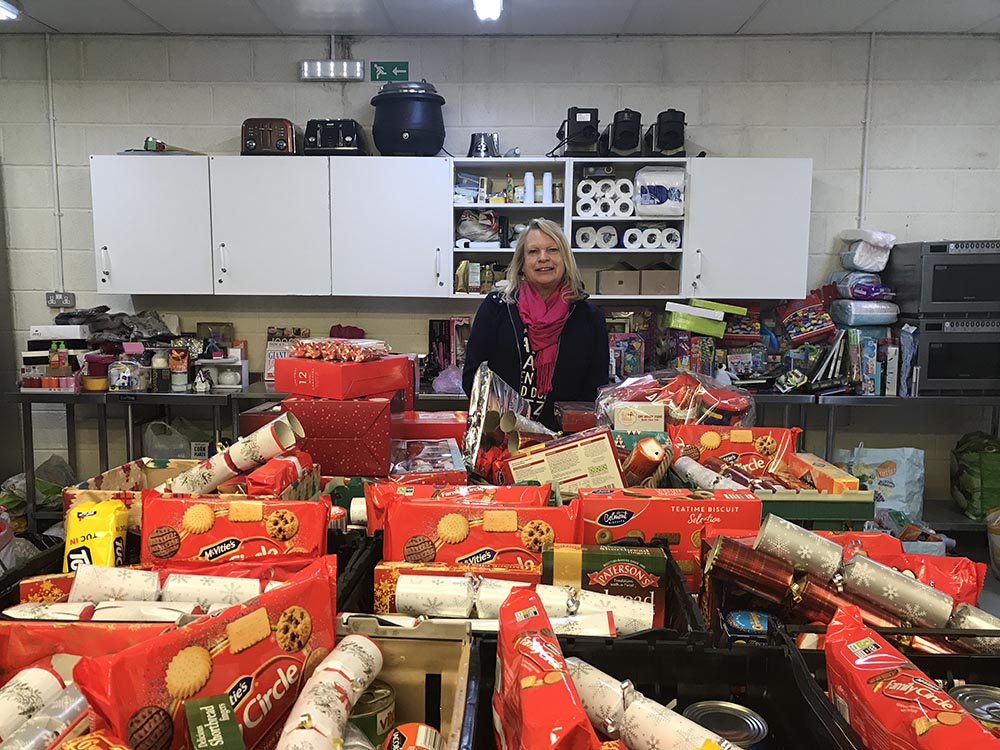 WHEN Jacqueline Williams first set out to collect food from people’s doorsteps to feed starving families during the first lockdown, she thought that all she would need was her bicycle. After a few weeks of picking up parcels on her daily bike rides around St Mellons, she figured she would have enough donations to fill her car and drive to the nearest food bank. It turned out that she was hopelessly, or rather hopefully, wrong. So many people responded to her appeal on Nextdoor, a social networking site, that she decided to take her car – a Hyundai Santa Fe with a large boot, which she filled to the roof with food.

“Back seat, foot wells, the lot – I couldn’t see out the back!” Jacqueline explained. “I managed to contact Cardiff Food Bank and drove straight there, pleading with them to stay open as the timing was so tight. I got there five minutes before closing time with 172kg of food – enough to feed nine people for three days.”

I couldn’t see out the back

When the country was caught in the lethargy of a lockdown, Jacqueline, like many others, suddenly found herself with time to spare. After retiring as a deputy head teacher, she was working as a part-time piano instructor to get by until she could collect her pension next year. When ordinary life ceased, however, so did her piano lessons.

“I wanted to do something to help people,” she explained. “I’d started to volunteer for Coronavirus Action St Mellons. There was a family that had just been rehoused and they had absolutely nothing except the clothes on their backs.

“I think that’s what started me off with social media and putting out a plea, and from there I think I could have filled a warehouse with the amount of furniture people donated, so I think that gave me the inspiration that there are people out there willing to help.

“I thought actually you’re mobile Jack, you can do this, so that was when I went and put the post out which said I would collect from your doorstep, and that’s what I’ve been doing ever since.”

In her second collection, Jacqueline filled the car three times, overwhelming the St Mellons Food Bank. She has since acquired an iconic status in the community and a network of loyal donors, volunteers, and community groups who have helped her to collect enough food for over 400 people since the summer. Hope St Mellons, a local charity, printed 1,000 flyers advertising the doorstep collection and put her in touch with staff at Meadowlane Primary School, who used the food collected by Jacqueline to make meals for families in financial difficulty.

There are now dozens of people across St Mellons who advertise their homes as collection points for neighbours who want to donate. In November, Jacqueline was nominated as a Lockdown Legend by Hope St Mellons, a title given to inspiring members of the community.

Jacqueline was humble about her own role, however, reflecting instead on the kindness of strangers. She told tales of generosity and compassion about a couple who continued to donate even after they were made redundant and a food parcel which mysteriously disappeared from a doner’s doorstep, only to reappear later that day – the handiwork, perhaps, of a thief with a pang of guilty conscience.

Since the summer, Jacqueline has collaborated with the Beacon Centre, a local charity and a hub of grassroots action. Their latest collection, which will be sent out to the needy over Christmas, filled the equivalent of 17 cars and inundated the kitchen at the centre. This time, a team of six volunteers from Hope St Mellons, the Beacon Church, and St Mellons Baptist Church worked with Jacqueline to collect the food. “You couldn’t walk through, we were climbing over it,” she said during a visit to the centre a few days after the collection. “These people don’t know who they’re helping”, she continued, “they’re just giving so they can help someone.”

Volunteers had spent the day trying to establish order to the mounds of donated goods. On one table, they had built a miniature skyline of biscuit tins and chocolate boxes and stacked another with mince pies and Christmas cake. In the kitchen, donations had been sorted into Santa sacks, labelled with the number of people in each family, while crackers, decorations, and children’s toys lined the counter tops. The hampers will be sent out to 40 families in the local area and 25 single people, including young people with mental illnesses who are living alone, and elderly residents in Broadland House, a retirement home.

Staff at the Beacon Centre say that demand for their food services increased markedly this year as the pandemic forced more people into poverty. Wayne Lee, Community Development Officer at the centre, works with Jacqueline and other groups. “There has been a massive rise in requests for food,” he explained. “So, the pandemic has been good in a way to help people come together and share information, but the referrals are going up and up, but we have been blessed to keep giving it out – the drive from Jackie has helped.”

He said that Jacqueline’s collections, combined with food the Beacon Centre brings in from other sources such as Fairshare, has helped to feed around 40 people a week since July – “well over 400 individuals,” he explained. He called Jacqueline “instrumental” in bringing community groups together and establishing a network of volunteers around the centre.

“Businesses who rent space at the centre have been struggling to pay rent,” said Wayne. “There has been a 75 to 85 per cent reduction in hires. The biggest outgoings for the centre are gas and electricity, which are really high on a monthly basis, and with our income going down we are really feeling the pinch.”

Simon Brown, Chair of the Beacon House Board of Trustees added to this, explaining that revenue had “gone through the floor.” To survive into next year, he said, the centre would need to diversify its income streams and collaborate with other organisations in the area.

Despite the uncertainty provoked by the coronavirus, Simon was buoyant with enthusiasm about the volunteers and doners who support the centre. “It’s often said that St Mellons is a disadvantaged community, and I’m not disagreeing with that, but it has a huge amount of strength, resource, and resilience.

“The centre has only been able to survive because of volunteers who have helped us to provide services like food bags, people who cover reception for us, and trustees who have worked incredibly hard alongside their full-time work to make sure that we’re staying solvent. It’s been a huge collective effort.”

This collective effort has been one of the positive changes of the pandemic. Between April and September, the Trussell Trust saw a 47 per cent increase in demand for emergency food parcels compared to the same period in 2019. In this time, the trust distributed over 1,400 more parcels to people in Cardiff than in the previous year. Ultimately, however, the urgency of the crises has encouraged a growth of community consciousness which volunteers like Jacqueline hope to sustain in the post-pandemic future.

“It’s amazing really how many people have joined in,” she said. “I think it’s all to do with covid. People are having a real think about life. They’re trying to give a bit back where they can because they know how hard it is. All I pray is that this community spirit continues even when covid is over.”

To find out more about the Beacon Centre and the services it provides, visit the website here. 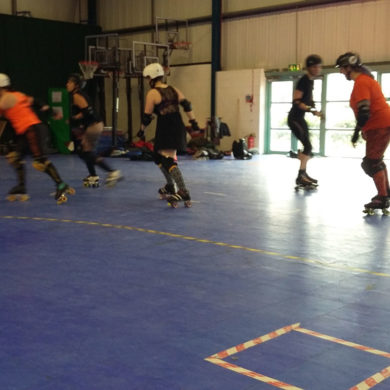