From ICU to iTunes: the intensive care staff going for a Christmas number one

THE race for this year’s Christmas number one is on and all the usual suspects are involved.

Mariah Carey’s ‘All I Want For Christmas Is You’ is being played far and wide, LadBaby is aiming for a third successive triumph and the likes of Justin Bieber, Jess Glynne and Liam Gallagher have all released festive singles in the last few weeks.

But standing alongside those big names are the true stars of 2020 – a choir made up of ICU staff from around the UK. An 115-strong ensemble have recorded their version of The Police’s 1983 track ‘Every Breath You Take’, with some of the lyrics changed to reflect their experiences in what has been an incredibly challenging year. All proceeds from the song will go towards a mental health and wellbeing fund to support NHS staff.

Nearly 20 per cent of the choir hail from Wales, with 22 staff members from the University Hospital of Wales and the Royal Glamorgan Hospital involved.

Sarah Carpenter, an ITU nurse from the University Hospital of Wales is one of them. “When I was in school I used to sing a lot,” she says. “I was in a choir and did a lot of shows. But since I left high school I haven’t really done that much, so it has been nice to get back into it.”

For others, singing has always just been a hobby. Angharad Rees was an ITU nurse for 13 years before becoming a critical care outreach nurse. But she was called back to intensive care at the Royal Glamorgan Hospital at the start of the year as the pandemic took hold.

“I’m more of a karaoke queen. The car is my arena!” she laughs. “We have the radio on in the ward when we can and it always lifts morale to have a singalong.”

The idea of a choir was first suggested in mid-November by Liberty Singers choir director Kari Olsen-Porthouse. Alison Pittard, Dean of the Faculty of Intensive Care Medicine quickly got on board, and tweeted out a sign up link which received 150 responses within 48 hours.

“I didn’t really know what I was signing up for,” Angharad says. “But I when I joined the Zoom group for the first time and saw all these people from all over the country who have been experiencing the same things as me, it was just so nice.”

Michelle Smalley, a Critical Care Clinical Psychologist at the Royal Glamorgan and Prince Charles Hospitals, said: “I joined the choir quite by accident when our ITU Consultant texted me the join link which I blindly clicked on, not knowing what it was. When I realised I’d joined a virtual ITU choir I was secretly thrilled as I’ve always wanted to be part of choir but wasn’t brave enough to audition.”

But the plan was not always to release a single. When the group first met over Zoom on November 25, it was an opportunity for some respite from the gruelling shifts that ICU staff have faced all year.

“As a psychologist, I know that singing has been shown to improve our sense of happiness and wellbeing,” Michelle says. “Research shows that people feel more positive after actively singing than they do after just listening to music.”

“Singing is immensely powerful for helping establish and maintain good mental health,” echoes choir director Kari. “Something really special happens when we sing together and the effect is even more powerful.

“There is a sense of belonging, and a sense of a team working to deliver something beautiful.  That perfectly captures the strength and teamwork of ICU staff this year and the chance to give them something back and recognise their phenomenal efforts is a privilege.”

Sarah says she has really felt the mental benefits of being part of the choir: “It’s really relaxing. Singing always makes me feel good. It’s been nice just to get away from everything for an hour every Wednesday and sing.”

The idea to release a single quickly emerged, and after only two hour-long Zoom sessions, it had been decided that the choir would take on ‘Every Breath You Take’ – with Sony granting them permission to record the song.

Befitting of social distancing, each member recorded a part of the track on their own at home using just headphones and their mobile phone, with the help of an online video of Olsen-Porthouse conducting. All of the individual recordings were then mixed and layered together in her home studio.

“Everyone said they weren’t very good singers, so I was really impressed when I heard the finished song for the first time,” Sarah says. “I was surprised at how quickly it came together!”

The song was made personal to ICU staff after NHS Digital Programme Director Jackie Shears carefully re-worded some of the lyrics to express what the last nine exhausting months have been like for staff.

New lines includes ‘Every night you stay / We watch over you’ and ‘Since this bug we’ve been here without a fail / Finding treatments and care to save the day’. There are references to ventilation, face masks and vaccinations.

Jackie says: “I really wanted to recognise that while we are all frustrated by the restrictions, ICU staff have had minimal respite since March, have continued to provide high levels of care and professionalism, identifying treatments and working out how best to care for incredibly unwell people.

“The second wave comes at the end of an unprecedented year, without let up – so the song includes a plea on their behalf not to let levels rise further and create any more demand than is necessary.”

For the choir, it was a powerful moment when they found out about the new lyrics. “It really hit me when we all heard the song in its entirety for the first time,” Angharad says.

“You could see on the Zoom call that everyone was just still, taking it all in. It was such a poignant moment. I had to take a deep breath to try not to get emotional. All the lyrics really encapsulate how you feel when you’re looking after these really sick patients.”

Sarah adds: “It was the line ‘Your family says that it’s you they can’t replace’ that really got to me. That has a lot of meaning for me, having seen what a devastating impact the virus has had on people.”

So to the battle for Christmas number one. The choir are currently as high as 9/4 with some bookmakers to take the crown, despite the song only being released today (Friday 18 December).

After a year of unrelenting and unimaginable challenges for ICU staff, reaching top spot would mean it can end on a positive note.

“This is the toughest year I have ever had in intensive care,” Angharad says. “It’s been sad, depressing and really tough. Sometimes you walk out of the hospital and long for your days off because you wonder how much more you can take. It’s been so hard.

“If we got to number one, I think it would give all ICU workers a lift, regardless of whether they are in the choir or not, because they could say ‘that’s what I do’.

“But number one or no number one, it’s been brilliant to do and a great experience. I hope that the choir carries on after this because the Wednesday Zoom sessions are like therapy in themselves. We can smile together and forget about work for that short period of time. For an hour a week, we’re not ITU nurses. We’re singers.”

On shift, they are ITU nurses. For an hour, they are singers. Every day, they are real life superheroes.

‘Every Breath You Take (We Watch Over You)’ by the ICU Liberty Singers is out now on all music services. All money raised will go towards a fund, managed through the Faculty of Intensive Care Medicine, to provide mental health and wellbeing support for staff. 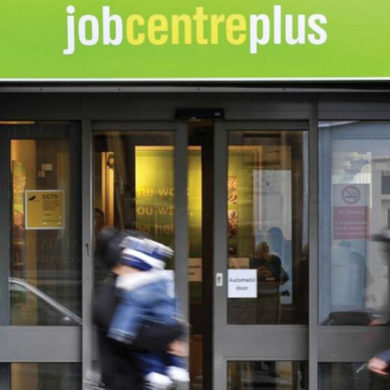